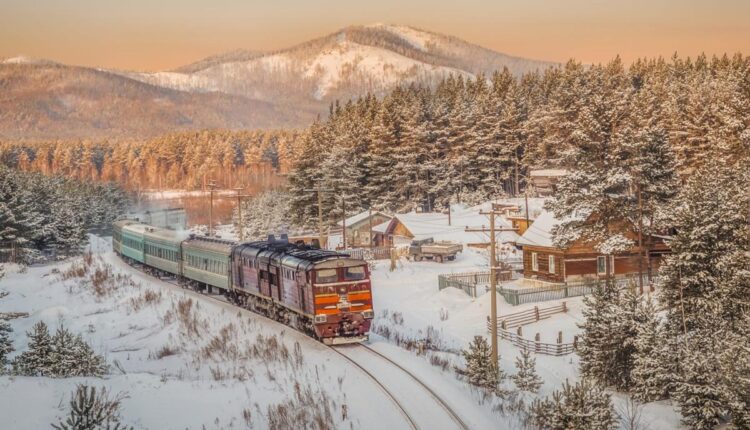 Once chilly conditions set in during the winter months, it’s completely relatable to turn to the comfort of your home instead of venturing outdoors. The beauty of freshly falling snow across wooden terrain, however, shouldn’t be missed. Thanks to train travel, you can get the best of both worlds as you move through regions filled with wintry sights—sans any contact with sleet or snow.

To help you switch up your seasonal travel plans, we’ve rounded up the best train rides with epic winter wonderland scenes, ranging from icy lakefronts to snow-speckled wine regions across the United States.

Related: 4 Incredible Ice Castles to Visit in the United States This Winter

Over the course of 50 miles on the Aurora Winter Train, you can take in the snowy sights between Anchorage and Fairbanks, Alaska. One of the key attractions you will spot along the 12-hour ride is the Denali National Park and Preserve, which encompasses six million acres of wilderness, spruce forest, and glaciers. 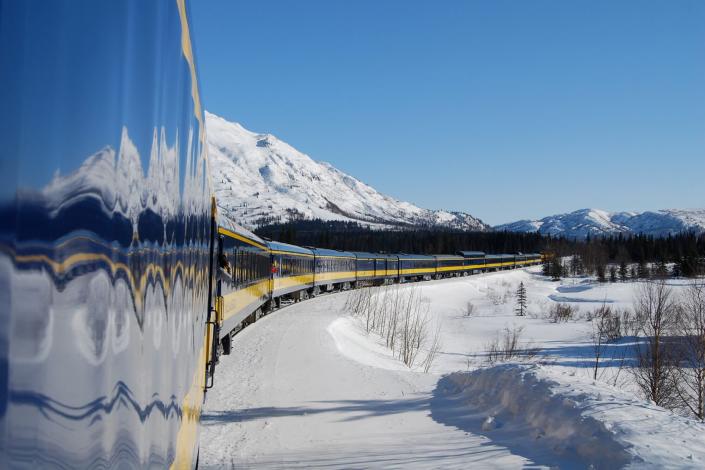 Winter Escape to the Grand Canyon from Chicago

If you’re in search of a multi-day excursion, the Winter Escape train ride from Chicago, Ill., to Flagstaff, Ariz., is one you’ll want to bookmark. Highlights during the six-day trip include a journey through the Southwest on the Grand Canyon railway and a stop at Grand Canyon National Park. 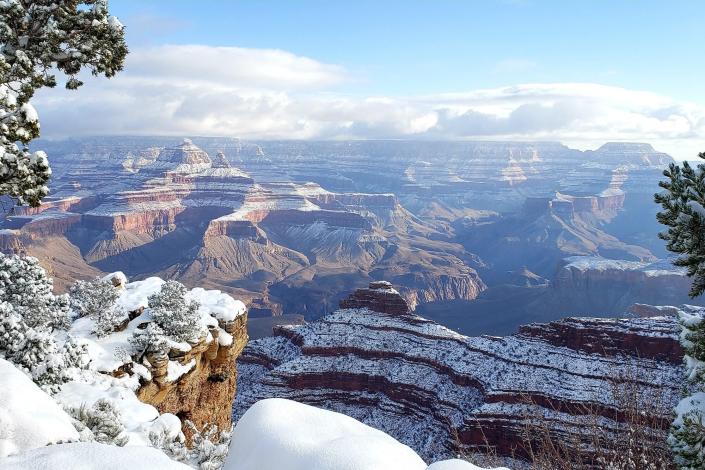 During the 10-hour train ride on the Adirondack, you’ll swap New York City’s bright lights for historic Montreal, Canada. Along the way, you’ll take in wintry sights as you pass through the wine region of the Hudson Valley. 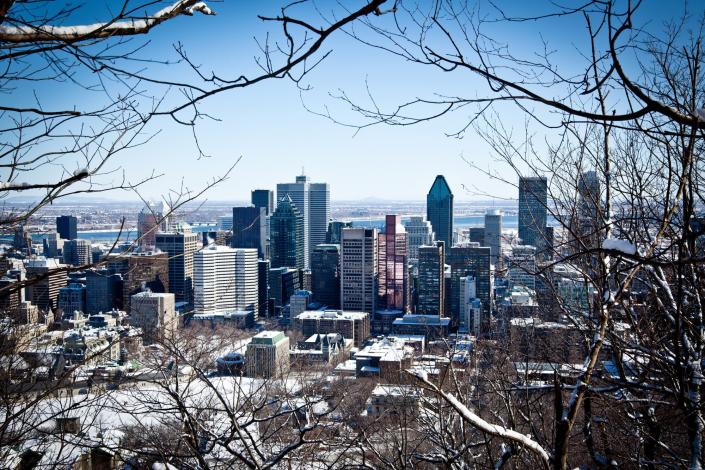 Vermont is one of the country’s premier ski regions, so traveling to the state’s northern region by train is bound to leave you in awe of its snowy atmosphere. You will board the Vermonter in Washington, DC, and ride for about 13 hours through New York, Connecticut, Massachusetts, and New Hampshire before you reach Vermont. 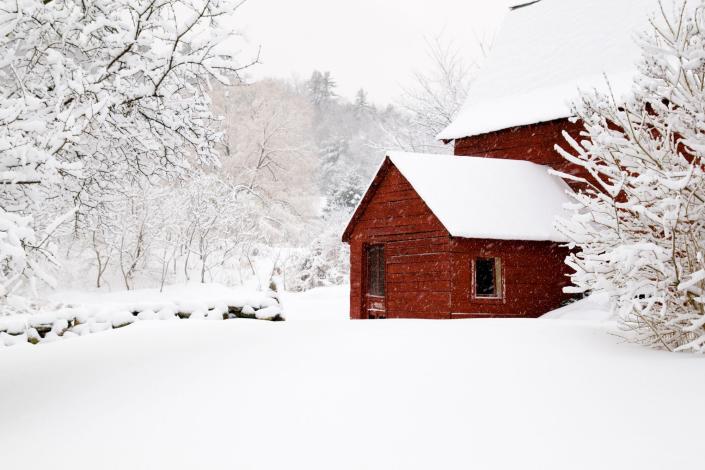 The Empire Service is a train route that takes you from New York City to Albany, NY, in just over seven hours. You’ll pass the Finger Lakes region’s wintry waterfront as you venture towards Niagara Falls. 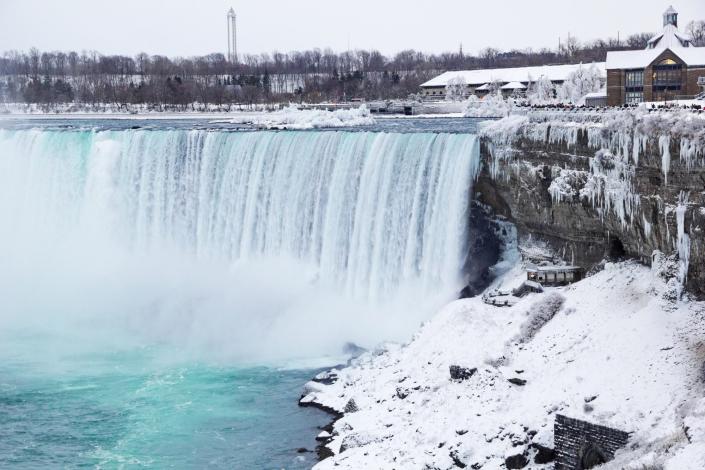 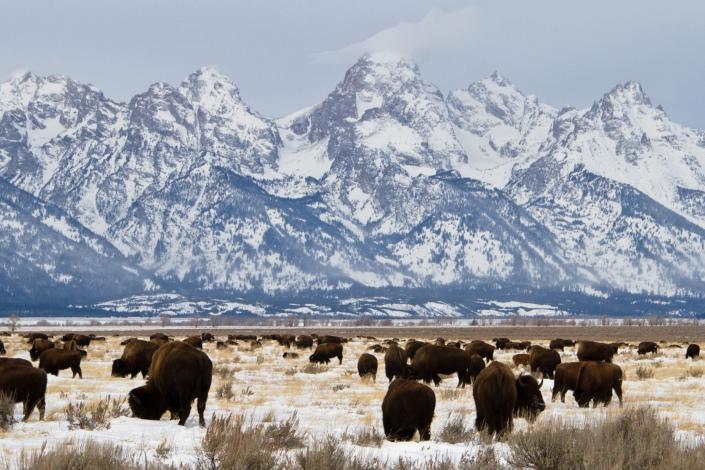 It’s a near two-day trip, but the wintry wilderness of this route—which spans from the Midwest to the Pacific Northwest—is worth it. Everything from the Minneapolis, Minn. skyline to the mountainous regions of Oregon’s Beacon Rock will be on display. 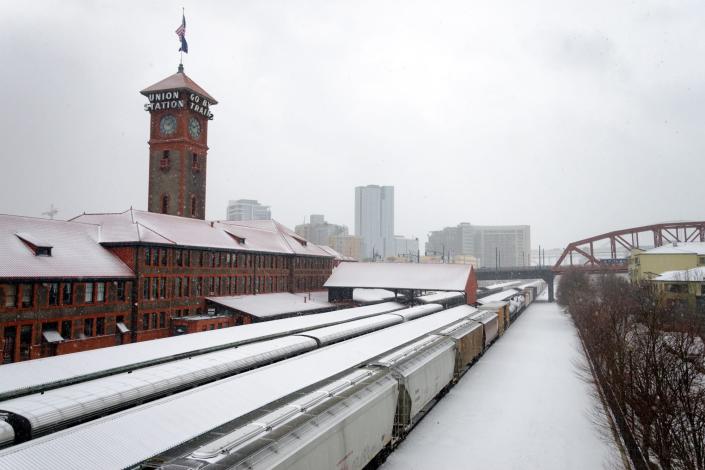 PORTLAND, OR – DECEMBER 8: Train passes by Union Station in Portland, OR during a snowstorm on December 8, 2016

The historic Wisconsin Great Northern Railroad offers several winter options, such as a ride in the wine and cheese car or a Santa-themed train ride for the whole family. 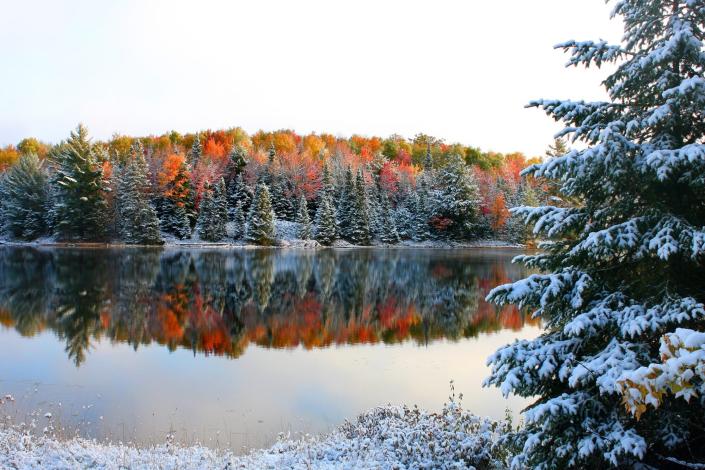 The Cascade Canyon Winter Train route is about five hours long; it begins in Durango, Colo., and takes you to Cascade Canyon, where you’ll enjoy everything the great outdoors has to offer in the winter months (such as sights of the wintry Animas River and Rocky Mountains!). 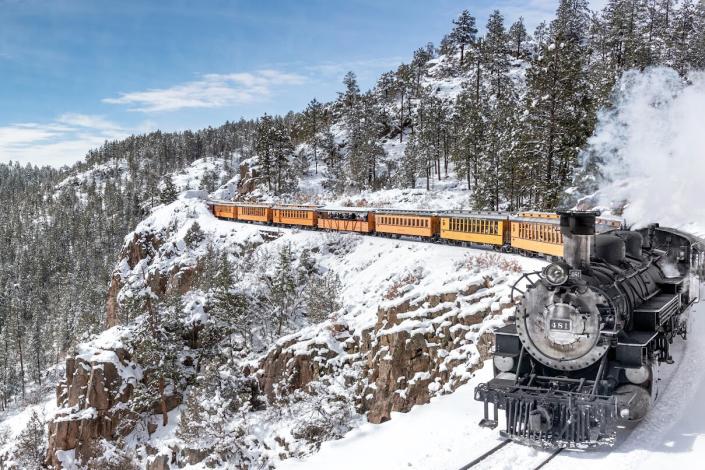 Offering views of the Pacific Ocean and the Cascade Mountain Range, the Coast Starlight is one of the most scenic routes to take along the West Coast. The 35-hour trek starts in Los Angeles, Calif., and terminates in Seattle, Wash. 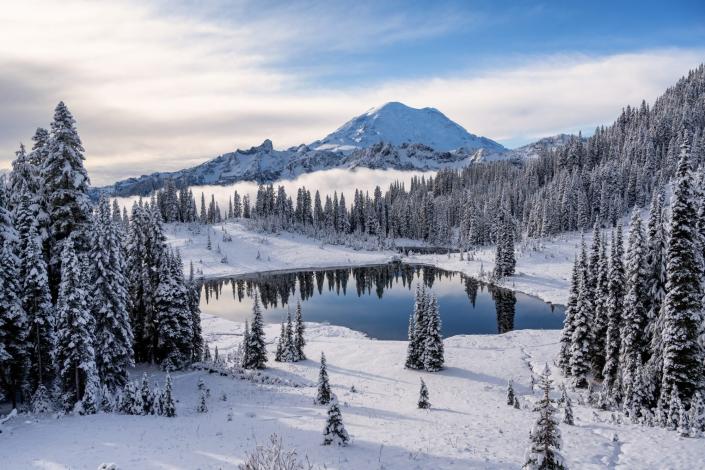