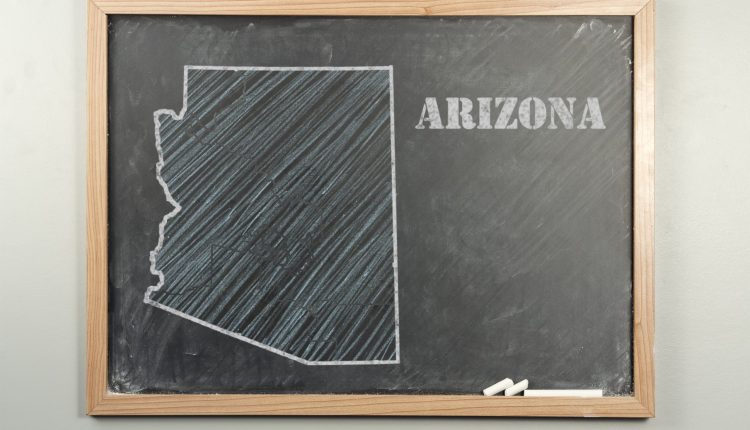 Democrats in Arizona are celebrating electoral victories in a year that seemed to strongly favor Republicans.

But unlike in 2018, there was also no blue wave. Here in Arizona, election results for legislative and congressional district seats matched post-redistricting predictions surprisingly well.

How much influence did the approved maps have on these outcomes? More than voters would like, but less than the voting majority on the Arizona Independent Redistricting Commission (AIRC) had planned.

The Arizona Constitution specifies a number of criteria in drawing new district boundaries after every new census. One of these is competitiveness, though the term is not defined, and is instead part of the job of each new AIRC to determine a measure for this criterion.

In 2021, the AIRC used a simple average of partisan performance in 9 prior statewide elections and labeled any proposed district to be “competitive” if the partisan vote share gap was 7% or less, while a district with a gap of 4% or less was considered “highly competitive.” Districts outside of this range were deemed to be “safe” for one party or the other. (There was an additional consideration of the number of times each party won in the nine elections considered, though it was not consistently applied.)

In other words, the final approved map was 100% predictive of the election outcome for these “safe” districts.

For the remaining five “competitive” districts, four slightly favored Republicans in the AIRC’s measure, while one leaned Democratic. Of these GOP-leaning districts, only one, Legislative District 4, was won by the Democratic candidate.

The AIRC average Democratic vote share was 48.3%. In the LD4 Senate race, Democratic Sen. Christine Marsh got 50.5% of the vote in her race against Republican Sen. Nancy Barto, according to statewide results. Campaign field work and candidate quality can easily move the vote share by 1-2%, and this was an incredibly active campaign with two incumbent senators drawn into the same district.

The only race with a significant difference from numerical expectations was in LD16. But in that case, we also note that, of the nine races used by the AIRC to compute their average, Democrats won exactly zero. Winning this seat was always going to be a long shot for Democrats.

It is apparent that, even using a fairly simple measure, it was possible to closely predict the legislative election results once the boundaries were set. This underscores the importance of redistricting.

But the process that led to the final approved map was not random. A couple of AIRC decisions stand out as especially important to those outcomes.

By far, the decision that had the greatest impact was the insistence by AIRC Chairwoman Erika Neuberg to “keep Yavapai County whole.” Both Republican Commissioners, David Mehl of Tucson and Doug York of Phoenix, endorsed this commitment. Both Democratic Commissioners, Shereen Lerner of Mesa and Derrick Watchman of Window Rock, protested.

Indeed, Commissioner Lerner named this as one of the obstacles to fair maps (which she defined as balanced and slightly more competitive) during the final session wrap-up. It is why both Democratic Commissioners opposed adoption of the final legislative maps.

The public provided copious testimony on the issue of either keeping Yavapai whole or uniting the Verde Valley, Sedona and Flagstaff, as was done a decade ago by the previous AIRC. Comments were received on the issue at seven of the 14 public hearings. An analysis by the Indivisible Statewide Redistricting team of public comments at the multiple public hearings revealed a 60/40 split in favor splitting Yavapai County.

The decision to keep Yavapai whole was the equivalent of creating a dam around which populations had to flow around the county. It allowed the creation of a Pima County-based district that served the partisan political and business interests of the Southern Arizona Leadership Council, of which Mehl was a founding member.

Remarkably, there was nearly no effort to disguise this agenda. Indeed, Mehl asked that a proposed map submitted by a Pima County GOP operative be inserted into the official mapping process, a request that Neuberg backed.

Given the requirement of nearly precise allocation of population between districts, these related efforts were enough to handcuff any sincere effort to create districts even slightly more competitive. Taken together, it is a tell there was no sincere desire among the de facto Republican-leaning majority to do so.

Arizona congressional redistricting – the US. House

While candidate quality and all the hard work in campaigns certainly yielded some benefit for Democrats, particularly in an election where “political gravity” would suggest a tough year for the party with a trifecta in Washington, the results were clearly significantly affected by the choice of boundaries by our AIRC. Again, there were clear markers in the process where these outcomes were preferred by the AIRC Republican commissioners who drove the agenda with acquiescence of the chairwoman.

That is especially clear looking at the new CD 6. The district is similar to the old CD 2, which Democrats controlled for the past several cycles. In last year’s redistricting, the decision was made to split Cochise County and divert the Hispanic communities along the border into the new CD 7 that extends across the southern border of the state to California. And CD6 was drawn to include all of Greenlee and Graham Counties and the southern section of Pinal and eastern Pima County. The result? A Congressional district leaning more Republican than the one it replaced.

As you read this and think about the impact of these district boundaries for elections through 2030, keep in mind that Democrats over-performed compared to Republicans in tight races nationwide. That every single competitive race fell toward the favored Republican (according to the metrics used by the AIRC) indicates that these districts are competitive in name only.

An obvious take away from the silver-thin margins of the statewide executive races is that the Arizona electorate is nearly evenly divided between party preferences. This balance is also reflected at the state legislative level, where the majority in both chambers is held by only one Republican win (a difference of two that would be erased by a single Republican loss to a Democrat).

But the congressional delegation is lopsided at 6R/3D. Those who closely followed the redistricting process are not surprised.

A slightly less obvious takeaway is that the best laid plans do often go awry. The machinations in Yavapai County were undertaken in part to have the ability to create a safe “Republican” legislative district in Pima County at the behest of the business community, specifically SALC. This goal was boldly expressed in public meetings; we can just imagine what was contrived privately. However, the incumbent in that new safe Republican district, Vince Leach, was primaried by a MAGA Republican and lost.

In a similar vein, in LD 23, Republican Michele Pena won one of the two state House of Representative seats, even though Democrats have a 17% edge over Republicans. The expectation was that this was a safe Democratic seat, but despite the importance of the redistricting, Pena demonstrates that individual campaigns and candidates still matter.

Arizona elections in at least the three last cycles are a testament that good candidates who reflect their district, strong campaigns, effective voter communications, and taking measure of the moment can (and will) cause pollsters great heartburn. This is not going to change in 2024, or in the elections that follow.

Arizona is not blue, nor is it red. Arizona voters like their reputation as independents and the reflected patina of Senator McCain’s maverick-ness. Candidates, parties, and others are well-served to take note.

As for the disingenuousness of the 2021 AIRC, the brazen efforts to comport the process to desired partisan ends lends itself to a whole host of improvements to the process, clarifications of expectations and definitions, especially around competitiveness. And while each group or individual has the right to advise the AIRC on these matters, we would hope that, in the future, organizations like SALC will not have their map jump to the front of the line.