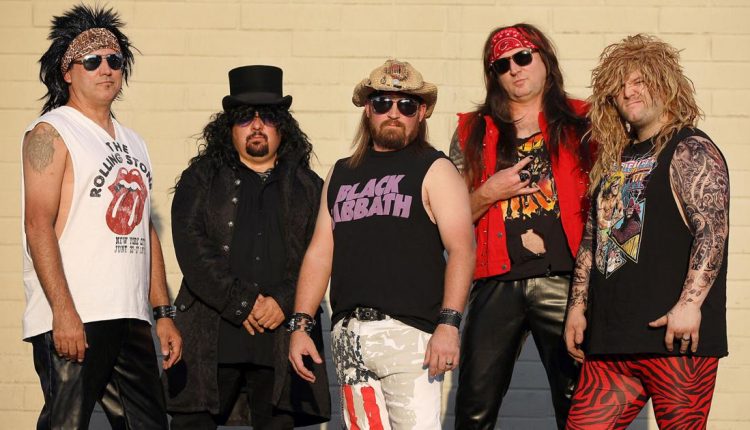 
According to most reports, more than 1,000 people came to the parking lot of The Station Pub & Grill in Marana on May 1st when Tucson 80s metal cover band The Dirt Band was playing an outdoor show.

They were expecting several hundred people, or maybe a few more than the 650 who showed up for their first show on the station just before the arrival of COVID.

But when they stepped onto the makeshift stage in the parking lot of the sports bar / restaurant at 8235 N. Silverbell Road, every inch of the asphalt property and sidewalks of the small plaza was crowded.

Some people in the audience knew some people from the AVA at Casino del Sol, and one call led to another, and in July The Dirt drummer Andy Saenz received an unlikely invitation: Would he and his young band want to headline a Tucson stage? that is usually like that? reserved for national laws?

“I was shocked and surprised,” said Saenz. “I couldn’t believe they let us do this … because we weren’t opening up for another band. I had known that they usually don’t let local bands (headline). “

On Friday, October 1st, The Dirt will play the biggest – and only fourth – show of their career at the 5,000-seat AVA.

The Dirt formed just before the COVID-19 pandemic outbreak and played a single show before being forced to put a brake on plans to channel all of the major hair metal bands that the band members grew up with in the 1980s and 90s was.