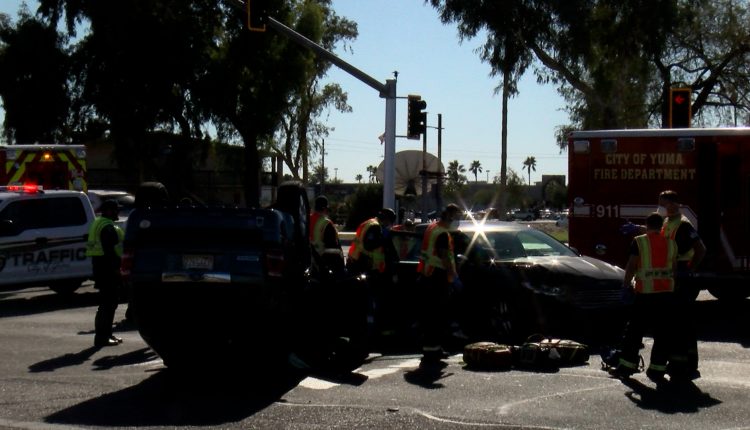 According to the Yuma Police Department, the accident happened just after 2:00 p.m

According to the YPD, the accident happened just after 2 p.m. in the 4th Avenue and 32nd Street area. The crash happened south of the Big Curve mall.

According to local officials, the small SUV was turning into the mall when it was struck by the car, causing the truck to overturn.