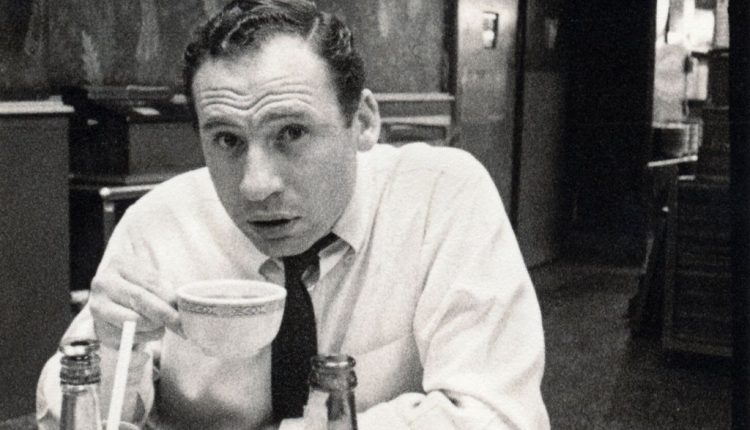 ‘The Automat’ a page of American dining history

“The Automat” documentary looks back lovingly on one of American’s great eateries.

said the technocrat,
To the Plutocrat
To the autocrat,
And the Democrat—
Let’s all go eat at the automat! — New York Evening Sun, 1933

New York director and producer Lisa Hurwitz decided to give us a gift from the American past, full of nostalgia and charm.

It’s all about the automat.

I didn’t think you would know what that was, so Hurwitz gives you a guide you’ll surely be familiar with, to soften the blow and make it all come back to life.

This will be the wonderful, delightful, charming and hysterical Mel Brooks, (“The Producers” and hundreds of other entertainments.)

Mel guided the much younger Lisa and all of us back in time and even wrote a song about the automat.

This is a very personal trip back for this reviewer, who as a young actor/writer actually took all his dates there, and I’m thrilled to share it with you.

A short meet and greet:

Back in 1902, two ambitious boys, Joe Horn and Frank Hardart, got into the food business on separate buses, and when they met, became, are you ready?

HORN AND HARDART. Not a comedy song and dance team, but restaurant guys in Philadelphia, who changed the Americans, well, in Philly and New York at the time, who dined on the cheap.

Big city folks who were always, even today, hungry and in a hurry.

It went like this. You walked in the door and came upon a wall of small windows. You went to the cashier and gave her your bills, and she gave you back a hatful of nickels.

Remember those? When was the last time you saw one of those?

Then you went to the wall of tiny windows, chose the one you wanted, like mac and cheese, hamburger, egg and ham, put your nickel into a slot and voila, or “Oi” or “OMG,” out came your lunch, along with lemon meringue pie, chocolate custard and tapioca. Can you believe it?

Coffee? The best coffee in the world, they say, came to you out of a silver dolphin’s mouth, and only cost a nickel. Try getting that at Starbucks today.

Once word got around about this magic place, Horn and Hardarts popped up all over town and for the century to come, changed the eating habits of those cities.

These dining spots became know as “automats” that fed New York City, through the Great Depression, World War II and into the 50’s, where this writer dined daily.

Hurwitz’s delightful pastiche is no dull droning documentary, but minutes of time travel back to an exciting page of America dining history.

Dozens of wonderful faces and voices dot the fast-moving minutes.

We meet Starbuck’s founder Howard Schultz, who tells us how his boyhood lunch at Horn and Hardart gave him the inspiration for Starbucks.

Brooks sits in a chair and tells us he and Carl Reiner ate there daily, while writing for Sid Caesar’s “Your Show of Shows” in the 1950’s.

Brooks describes how the coconut cream pie was “both delicious and terrific for smashing into someone’s face.”

“The Automat” is chock full of stars who tell us their history with the famous eateries.

We get to meet and listen to the memories of Ruth Bader Ginsburg, Elliot Gould, Colin Powell, and star after star of the Hollywood actors who appeared in all the movies where the automat was part of the story, from the 30’s to the late 50’s .

JP Devine of Waterville is a former stage and screen actor.