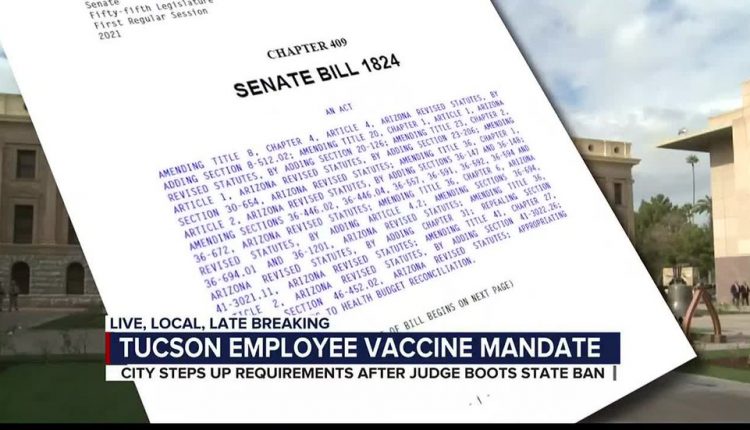 The city of Tucson is making progress with the vaccine mandate

TUCSON, Arizona (KOLD News 13) – The city of Tucson unanimously voted to continue its vaccine mandate this afternoon after a Maricopa County Superior Court judge ruled that a number of laws passed by the Republican-led state legislature are unconstitutional.

Judge Katherine Cooper said lawmakers violated her own law, which requires that each bill can only contain one subject.

Legislators, with only Republican votes, added bans on masks and vaccines to a number of budget laws.

According to the mandate the city suspended following the lawsuit brought by Arizona Attorney General Mark Brnovich to stop them, city workers on duty must wear a mask and be tested weekly.

“We must take immediate steps to protect the health and safety of our employees,” said Tucson Mayor Regina Romero. “And the public they serve.”

The city has also received more than 500 medical or religious exemption requests, some of which are valid and some are not valid.

Those who are voided have 72 hours to schedule an appointment and get vaccinated or face disciplinary action.

Most of the unvaccinated workers are in the police and fire departments, but they are the two largest departments in the city.

Still, their percentages are well below most other departments.

Those who refuse to be vaccinated will also be denied the training and travel permits required for promotions.

The city is also demanding that Brnovich’s lawsuit be closed, but he has announced that he will appeal the decision of the lower court.

The city will continue to suspend its disciplinary measures, such as a five-day ban without pay, until the legal issues are finally resolved.