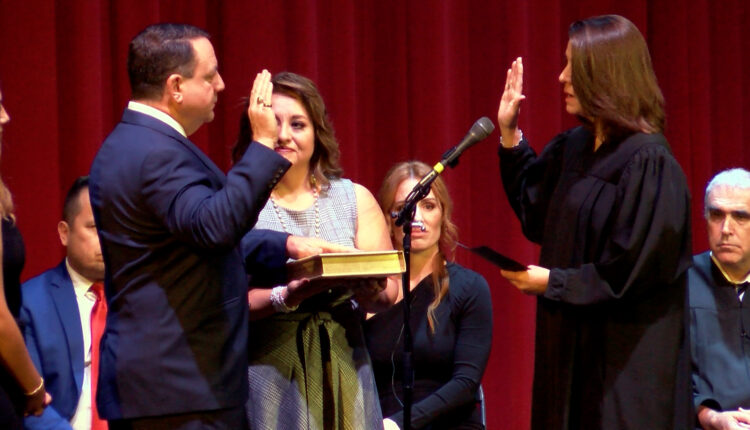 New council member Morales who says it’s an honor to represent Yuma. He mentions he’s ready to hit the ground running and names a few things that are on his agenda.

“Safety, leisurely sports activities for the kids. Are we bringing in new businesses to the community? So there’s a number of things we’re going to have to address as a council together,” explains Morales.

Mayor Nicholls was sworn in for the third time as mayor and says it means a lot to have the community’s support.

He says the council is going to focus on economic development.

“Bringing in those primary industries with higher paying jobs that bring in dollars into the community and not worrying about circulating dollars among the community,” mentions Mayor Nicholls.

Today was different than the other inaugurations for Mayor Nicholls because his sister, Judge Nicholls got to do the honors.

“Having her to be able to administer the oath was very special,” Mayor Nicholls continues.

He ended the ceremony with a closing speech, followed by a blessing from Pastor Tyrone Jones.