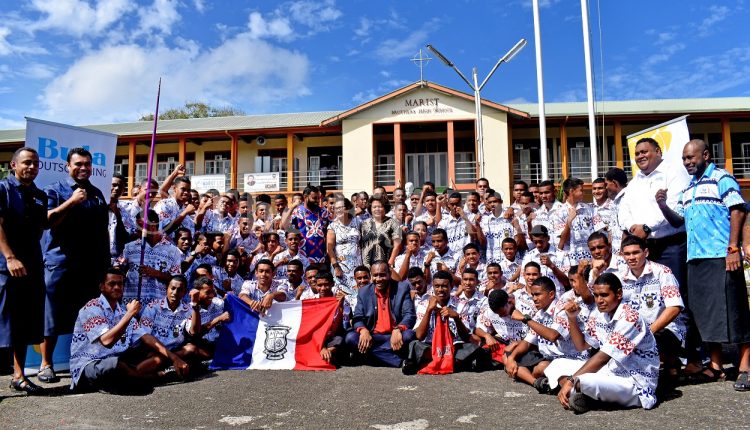 The event, billed as the Pacific’s biggest annual secondary schools athletics competition, is scheduled to take place at the HFC Bank Stadium in Suva from August 18-20.

The Flagstaff-based school will field 83 athletes and its outgoing team manager Josaia Waiwalu said the athletes had been preparing well after the Coca-Cola Suva Zone 2 competition in June.

“It had been a wonderful experience for athletes and management so far despite the fact we faced a lot of challenges along the way,” Waiwalu said.

“The athletes had been preparing well and we are optimistic of a good performance come this year’s Coca-Cola Games.”

Team captain and final-year student Anthony Ah Sing said they were ready to represent the school and would perform to the best of their abilities.

“It is not an easy task to lead my brothers,” he said.

“It is truly an honor as it would be my last Coca-Cola Games. Preparations have been going well for us and we put trust in whatever the coaches had taught us in training.

“My message to the athletes is ‘go out there and do your best. Fear no one but at the same time, respect them’.

“I know they are disheartened by our outing at the zone and I had been telling them countless times to think optimistically to go out there and fight.

“We had done the hard yards and we should be proud of representing our school.

“We know we have the support of our parents, the school and the old boys, so we will go out there and hope our performance will make them proud.”