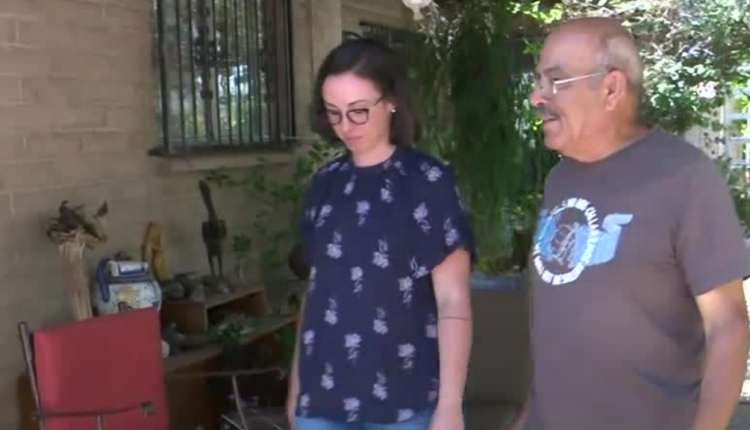 The Israel-Gaza conflict affects friendship in Tucson. both ask for meaningful change

TUCSON (KVOA) – As violence between Israelis and Palestinians in Gaza continues to rise, two local friends, one of Israeli descent and the other of Palestine, share their story about how the conflict affects them.

This is a conflict that has spanned generations of people. Despite the ongoing problem, these two friends believe that peace and justice can be achieved through working together.

Brooke Hotez is Jewish and was born in Arizona.

Mohyeddin Abdulaziz is a Palestinian who came to the United States in 1978, years after his village was destroyed in one of the many wars that sparked this conflict.

After these recent events, he says he is sad and angry.

“Frustrated because there doesn’t seem to be any power to challenge Israel,” said Abdulaziz.

After growing up in the Jewish faith, Hotez said she believed Israel was a wonderful and righteous land for Jewish people with a morally pure army, but now she thinks a little differently.

“There are two people living in this country, one of whom has the right to rights and one who does not,” said Hotez.

As the Palestinians are evicted from their homes and the death toll rises, both Hotez and Abdulaziz are calling on governments, particularly the US, to intervene.

“These Israeli drone missiles, which are currently raining on civilians in Gaza, killing women and children as we speak, are being funded by the United States,” Hotez said.

“It can’t be a day if the United States take a moral stand and say enough,” said Abdulaziz.

These friends hope that there is still significant change to come and that both sides can live together in peace, as Hotez and Abdulaziz are doing here in Tucson.

US Senate leaders have publicly supported both sides of the conflict. Some argue that Israel has the right to defend itself. Others argue that Palestinian human rights are being ignored.

But even if the battle rages on in the Middle East, these two have hope.

The couple are organizing a vigil and rally in downtown on Congress Street and Granada Avenue on Monday May 17th at 4:30 p.m.

They hope to show that both sides can make a difference when they come together.