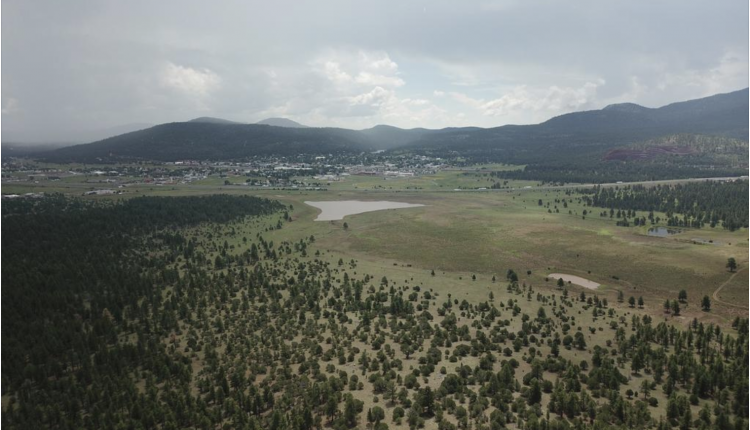 One of the largest private lots in the cool pines of northern Arizona outside of Flagstaff is currently in escrow and is scheduled to close this year.

The 500-acre Williams hotel, just 30 minutes from Flagstaff, Coconino County, is owned by Valley entrepreneur Max Biegert, who spent $ 85 million on the development and construction of the Grand Canyon Railway and hotel in the late 1980s Has. He’s selling the land to developers to make way for a new planned mini-master community that includes both homes and other housing options. Developers are also in negotiations with an undisclosed theme park entertainment design company to develop 85 acres of land into a potential western theme park, including other hospitality uses. Williams is already a tourist destination as evidenced by Bearizona, which had 500,000 visitors in 2020 alone.

The property, which is listed for $ 20 million, is currently in an escrow account after an extensive two-year marketing campaign. The property is located off Interstate 40 and Grand Canyon Boulevard. The purchase should be completed this year. Up to 1,000 houses and a possible theme park are planned for the country.

Moser said this will be one of the most significant sales of the decade for the region.

“Nothing of this magnitude is currently available for sale or development on the private land side in Northern Arizona,” said Moser. “We are quick to close and authorize the property so that we can announce more exciting plans for the project in the coming months.”

Moser says that once the project is complete, it will have a regional and even global draw as it is located at the gateway to Grand Canyon National Park. Gail Jackson, President and CEO of ECoNA, said, “This new development will bring much-needed housing and diversity to our strong Northern Arizona tourism offering.

The property overlooks the 35-acre lake, pine trees, and Bill Williams Mountain and is expected to attract a huge list of interests. While it’s early in the process, Moser says that 90 of the 500 acres will be used for private custom land that will be raised over 100 feet above Gonzales Lake and available for sale to the general public.

“Housing is really the driving force behind this project because the demand in Northern Arizona has never been so great,” said Moser. “We are in the process of putting all permits and claims into effect with a plan for the first groundbreaking in early 2022.”

More details will be announced in the coming months.