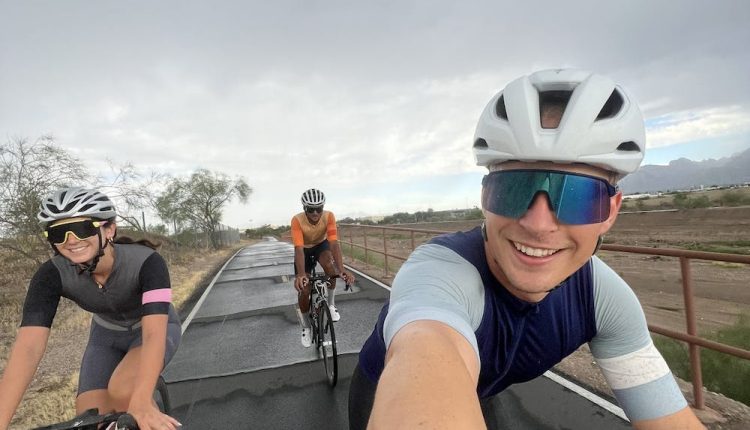 The Loop is Tucson’s hidden gem for bikers, walkers

After a long, hot summer, the weather in Tucson is starting to cool off and people are wanting to get outside to enjoy it.

If you’re into walking, jogging, running, biking or horseback riding, think about checking out the Chuck Huckelberry Loop.

The Loop, as it’s most commonly known, extends 137 miles around the greater Tucson area with a variety of paved paths. This is a car-free way to get around Tucson as the Loop winds through Pima County, Marana, Oro Valley and South Tucson, offering different mountain and nature views along the way.

The Loop has a lot of free parking if you choose to drive and then enjoy your hike. There are also many bathroom facilities along the way.

Cassidy Frost, a junior on the University of Arizona cycling team, bikes the Loop every Monday morning with the team.

“Monday morning typically is very busy, so you have to be cautious for those around you who are also either biking or walking,” Frost said, who learned about the loop when she joined the team this year.

Blake Jankowski, a UA finance senior, has been on the cycling team for three years. Before joining, he regularly biked the loop on his own because it’s a very accessible area.

“After I moved to Arizona, I saw a lot of people cycling as I drove around so I thought I would try it out and see what I thought, and I loved it,” Jankowski said, who is from Boulder, Colorado.

He saved up enough money to buy his first bike and was proud when he rode 1,000 miles in his first year. Jankowski has set a goal to hit 10,000 miles by the end of this year. He’s on track with over 8,000 miles so far.

Jankowski said the Loop is 100% beginner friendly since there’s no climbing and you don’t have to worry about getting in the way of any cars while you’re riding.

“I would love to see more cyclists on the Loop because I feel starting your day outside is the best way,” Jankowski said.