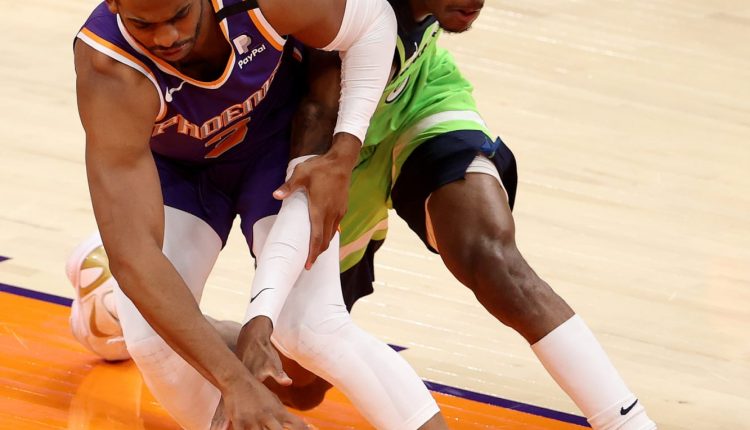 Many Phoenix fans had hoped that Bojan Bogdanovic would don a Suns jersey next season, with the Utah Jazz shopping the 33-year-old scorer. Instead, the Croatian has joined another rebuilding team, dealt to the Detroit Pistons for Kelly Olynyk and Saben Lee.

Normally trade discussions breakdown when the ‘seller’ asks for something exorbitant in return, but in this instance, the buyer (Phoenix) had asked for something in addition to Bogdanovic.

According to John Gambadoro of Arizona Sports, the Suns were just as keen on getting their hands on Vanderbilt as they were Bogdanovic.

Talks with the Suns and Jazz broke down over Bojan Bogdanovic when Phoenix wanted Utah to add young power forward Jarred Vanderbilt to the package.

It begs the question – what makes Vanderbilt so valuable, especially given he was recently traded to the Jazz in the Rudy Gobert trade? Is he really good enough to be the sticking point in Bogdanovic trade discussions?

The 23-year-old enjoyed his best season to date in 2021-22, starting 67 regular season games and all six playoff games for the Minnesota Timberwolves. While he’s by no means a star or even has the upside to be, he’s an ideal complimentary piece who does all the smaller, tougher aspects to winning basketball.

Vanderbilt has made his name as a ferocious rebounder, averaging 8.4 per game in 25.4 minutes last season. His offensive rebounding percentage of 10.7% ranked tenth for players to have averaged at least 25 minutes per game.

He’s also an extremely versatile defender capable of guarding smaller players on the perimeter while also being an interior presence. His 2.9 defensive win shares ranked second on the Timberwolves last season, while his six overall win shares was also second ahead of more high-profile teammates like Anthony Edwards and D’Angelo Russell.

His offense is limited, making him an old-school power-forward or small-ball center in the modern NBA. Regardless, his defensive and rebounding abilities make him a valuable piece to any team. That’s only heightened by an extremely team-friendly contract of less than $5 million for each of the next two seasons.

So, while Vanderbilt shouldn’t have been the be-all and end-all of Bogdanovic trade discussions, there’s genuine reasons why the Suns, or any team for that matter, would be interested in acquiring him.