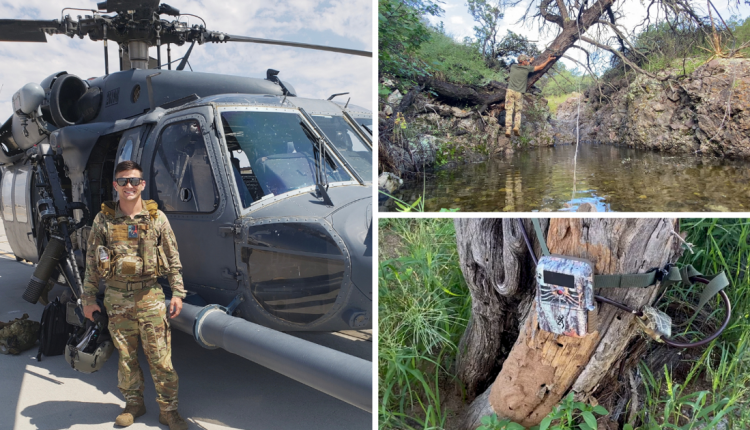 TUCSON, AZ (3TV / CBS 5) – Arizona is full of wildlife, but for many it is hidden out of reach in the wild. We spoke to a guy from Tucson who, with a few cameras and a lot of patience, brings some amazing creatures to our screens.

“It is exciting! It’s like being a kid at Christmas. ” Michael Osborn talks about the feeling he gets when he catches an animal in the wild with one of his wildlife cameras. He has been installing these devices in southern Arizona for several years.

“I liked it very much, ”he said. “And I started buying more cameras and improving the quality.” He said he would first check the maps for places that might be good, look for water sources, and then go on his way.

“Just read signs, paths, droppings markings, ”said Osborn. “When looking for bears, you can look for claw marks on trees.”

He sets his digital traps, leaves and then waits for moments when a mountain lion is calmly cleaning the screen. We asked Osborn if any of the animals tried to destroy the wildlife cameras?

He said most of them didn’t really care and ignored it, but he said there is one animal that gave him some problems – bEars.

“They’re just more curious and their sense of smell is amazing even by animal standards, ”he said. “They always seem to notice cameras more than other animals.”

Osborn, who not only has a cool hobby but also a cool job as a helicopter pilot at Davis Monthan Air Force Base, gets views from all over the world for his videos that he shares on social media.

“However, my favorite viewers are Arizona folks who were unfamiliar with the types of wildlife and habitats we have here, ”he said. “It’s kind of cool to see.”

Oak Flat is ‘irreplaceable.’ Congress must act now to save it.