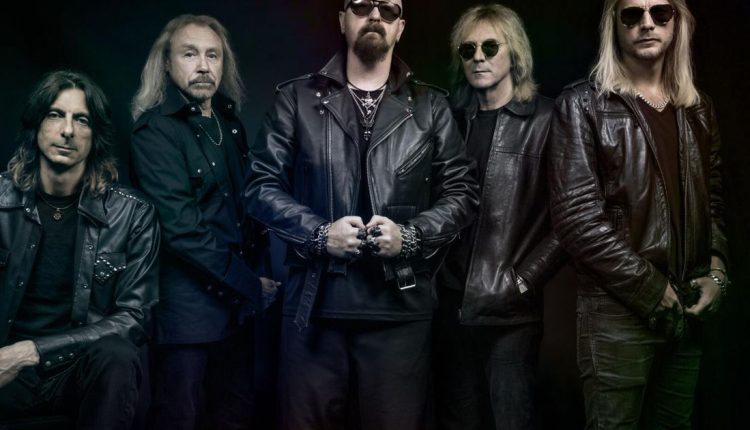 ‘The Metal God’ brings his ‘firepower’ to Tucson | Foothills News

He cracks jokes about singing “Painkiller” in the shower and ticking off Paradise Valley police. In between snarky comments, he drinks out of a clear coffee mug with a cat painted on it.

Most importantly, he said via Zoom, Judas Priest’s tour that hits Tucson is notable on a number of levels.

The show is a retrospective of Judas Priest’s career, from 1974’s “Rocka Rolla” and clear on through to its latest release, “Firepower.”

“It’s a lot of fun but it’s frustrating,” Halford said.

“I want to do this song or that song, and this song, but the next thing we know, we’d be on stage for six hours. You want to play all of these songs that you love as a band and the fans want to hear. We do the best to pull out the songs that, obviously, people want to hear, like ‘Breaking the Law’ and ‘Living After Midnight.’

“What we’ve done for the final leg of the 50th anniversary is we’ve shifted gears a little bit. We’ve massaged the set and we’ve removed some songs and put on the songs in.”

Those include “Screaming for Vengeance,” “Steeler” from “British Steel” and the “Stained Class” track “Beyond the Realms of Death.”

“It just gives another focus because we can’t put it all in one show,” he said. “We feel that this new re-energized set that we’ve put together is going to be particularly fun. I would imagine it would be for a lot of our fans, a lot of our metal maniacs.

“When fans up here in Phoenix hear about this new set, they’re going to want to go and listen to ‘Beyond the Realms of Death’ again. We all have these songs in our hearts and in our lives. When you’re banging your head to ‘Living After Midnight,’ it’s 1980 all over again — if you’ve been a metalhead that long.

“Equally, we have a new generation of metal heads who have chosen Priest as their band. I think that’s just the ultimate honor because there’s so much great talent in the metal world today.

“We’re the guys who started it, you know?” Halford says slyly. “We were there one day along with our friends, Sabbath. But where have they gone? A long hiatus? If you want to go to the roots, then you go to Judas Priest.”

While he’s here, he’s looking forward to having “a bit of an explore.” After all, he said, it’s been decades since he’s performed in the Old Pueblo.

“There’s just something very special about that place,” the Brit added about Tucson. “I mean, to me, it’s the epitome of one of the reasons why I moved to Arizona. It’s just that whole Wild West aspect to it, in terms of American culture.

“It’s a beautiful place and there’s just so much rich history about the town and all the great things that have happened there — whether it’s movies or shows or whatever.”

He’s looking forward to taking advantage of everything the City of Gastronomy has to offer.

“I’m sure there are a ton of places to get my chimichanga,” he said with a laugh. “I’m mad on Mexican food. I love Mexican food.”

The monsoon is over, but he’s hoping to see rain. He missed the summer storms because he was on tour in Europe, but he watched them through his security camera.

“It’s like end-of-the-world stuff,” he said. “The monsoons that we have are really spectacular. They’re something special for us all to enjoy. There’s a little bit of a cool down, but we get to see Mother Nature go full-on heavy metal, with all the wind and the thunder and the lightning. It’s an incredibly powerful moment. It makes you feel about this big.”

On Nov. 5, Judas Priest will be inducted into the Rock and Roll Hall of Fame during a ceremony in Downtown Los Angeles. His class includes, among others, Pat Benatar, Dolly Parton, Duran Duran, Eminem, Lionel Richie, the Eurythmics and Carly Simon.

“It’s going to be great,” Halford said. “I can’t wait to just sit down at the table and watch all these incredible entertainers, musicians in the flesh because I’ve only seen a few of them. These are all new people to me, when it comes to actually performing.”

Still, at 71, Halford has plenty left to accomplish. He has a blues record “lurking in the background.” He wants to do another book and record covers with female singers.

“I just love the contrast between the male and the female voice textures,” he said. “Of course, there are some incredible ladies who have made their stamp on music like Bessie Smith from the ’20s to Janis Joplin and beyond. That’s always been an attractive idea for me to do.

“I take music very seriously, but you’ve got to be able to enjoy and have fun.”

So, is Halford having fun?