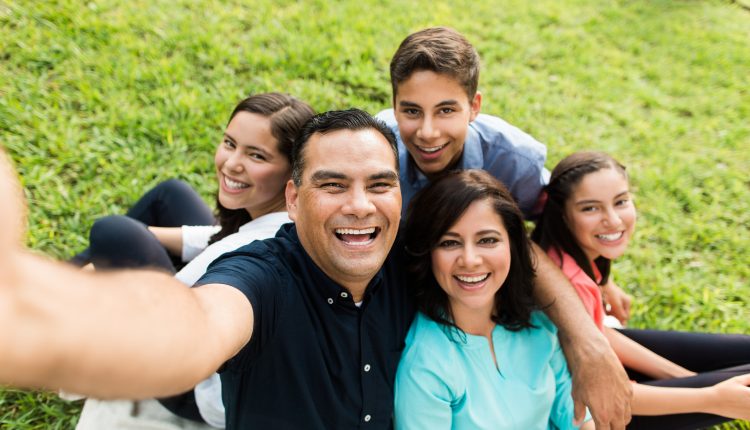 With the second-highest COVID-19 death rate in the U.S., Arizona has suffered immensely over the past two-plus years. While Arizonans have kept their heads high and pushed on through the pandemic, the lasting economic impact of COVID-19 and the largest rise in inflation in 40 years remain huge barriers for families struggling with financial stability in our state.

While these challenges are real and daunting, there is one policy at our disposal that is proven to help Arizona families facing hard times. Our state’s political leaders should pay attention.

By reinstating the expanded and monthly child tax credit, which expired earlier this year, 92% of all children in Arizona would benefit, and millions of families would see immediate relief from inflation. When it was in place, the monthly payment paid Arizonan families an average of $462 per month — significantly higher than the estimated cost of inflation, which currently adds $327 to families’ bills each month. Voters remember that kind of impact.

The American Rescue Plan’s payments — up to $300 per month per eligible child under the age of 6 — was hailed as the “single best policy” of the Biden era. The payments not only lifted 109,000 Arizona children from poverty, they also reduced hunger among Hispanic families by a third and among Black families by a fourth. According to the Urban Institute, if the monthly payments were permanent, they would decrease child poverty in Arizona by almost 44%.

That success rate is unheard of in social policy.

The results of the monthly payments were empowering and liberating — trusting parents to make the best choices for their families. Once the program expired, however, many Arizonan children who were lifted up — including many on our tribal lands — have fallen back into poverty.

As the cost of living increases, renewing the monthly payments would deliver much needed help to more than 2.3 million Arizona children and would especially benefit Arizona’s rural communities. A study from the Niskanen Center recently found that families living in rural America received particularly outsized benefits from the expanded child tax credit. Additionally, a recent Columbia University study showed that monthly payments lift 30% more kids out of poverty versus an annual child tax credit payment.

Take Lupe Conchas, who lives in west Phoenix and works with low-income families across Arizona. He has seen first hand how the pandemic disrupted his families’ way of life. He remembers the uncertainty of helping his younger sisters with their virtual classes when schools closed in March 2020. His mom had to make tough decisions to make ends meet and desperately needed a lifeline. In March 2021, Congress passed the American Rescue Plan and Lupe’s family became eligible to receive hundreds of dollars a month through the expanded child tax credit.

“My mom was able to buy groceries, pay the electric bill, and put gas in her car because she travels from the West Valley to northeast Scottsdale five times a week for work,” Lupe explained. His mom told him the monthly child tax credit gave her room to breathe and “not worry so much about how I was going to pay for groceries every month.”

But the Rescue Plan was a one-year program and the monthly payments to low-income families have stopped.

Lupe isn’t just seeing his own family struggle. As Southwest Regional Organizer for Bread for the World, a collective Christrian voice advocating to end hunger, he works directly with parents and caregivers who, without the monthly payments, have to decide between food and electricity.

Not only is the CTC transformative for families, it’s a winning political issue for candidates running for office. According to Data for Progress, over three-fourths (77%) of parents who received the monthly credit support the program — but without the new child tax credit, voters made it known that they will take their vote elsewhere. Moreover, research shows that 63% of Arizona voters support expanding the child tax credit