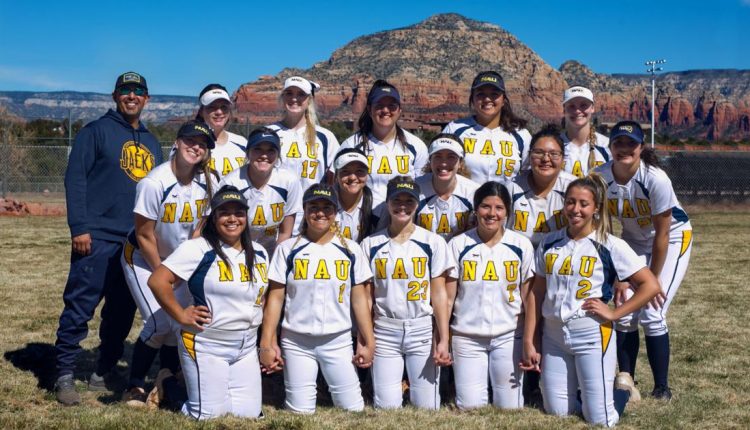 In fact, he expects the locals to be guides.

One of the biggest pieces the team lost on graduation was former Jacks pitcher Ottum Jones.

“The pitching role was of course worrying and we were able to attract two great pitchers, two local girls,” said Hernandez of the acquisition of the former Panthers duo.

Another local product, Kayla Jacobson, also joined the team this year after spending time catching Snopek and Brown during the club softball years. In addition, former Flagstaff Eagles player and Ambush member Aryn Drye is new to the team, along with Natalie Hansen, a former Northland Prep Academy athlete who formed the ball club’s training squad.

The Jacks were able to attract more talent than ever from the junior college this season and the club continues to grow in the right direction.

“I think we could do a little better because the players who came out all have a lot of travel ball experiences from down in the Valley to California,” said Hernandez.

Hernandez had plenty of talent to choose from this year as the tryouts reached new heights this year. His goal when he took over was to grow the club, and he saw more than 70 athletes fill out forms expressing interest in the team and 37 take part in the trial sessions.

“We had the best participation we’ve ever had, great interest, a super competitive process. There were some great girls that came out, “said Hernandez.

Biosimilar Drugs Are Cheaper Than Biologics. Are They Similar Enough to Switch?