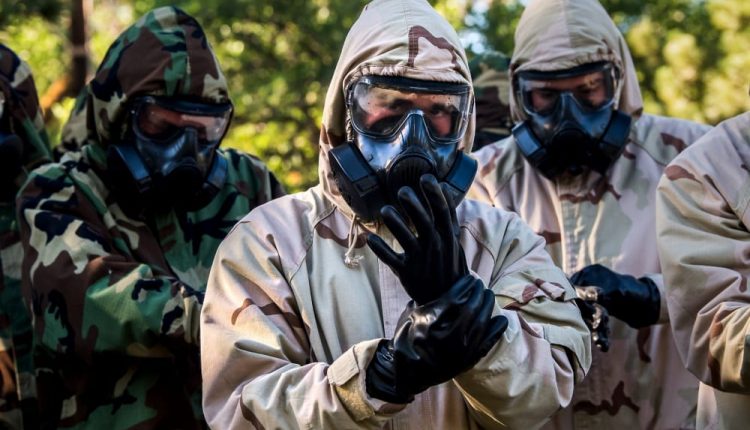 The Phoenix FBI and Police have successfully neutralized hazardous material

However, if left unchecked, this material can be dangerous. Atkins knew this and told his family that he was using the material to end his life as he knew it would harm anyone who tried to stop him.

After driving around in his car with the radiology materials, Atkins went back to his apartment and got into a standoff with law enforcement.

“The energy from this material is pretty powerful, and everyone on our team wanted to be out there and do what we were trained to do to protect the community from it,” said Special Agent Jay Henze, one of the bomb technicians at the FBI Phoenix Field Office at the time.

The situation presented a twofold challenge: to arrest Atkins safely and to safely contain the material. This required significant coordination and teamwork between agencies.

The investigation team – which included the FBI’s Joint Terrorism Task Force and the Phoenix Police Department, backed by the FBI’s Phoenix Stabilization Task Force and laboratory and intelligence analysts – set up a command post at a nearby fire station and devised a plan. First they had to check that the radiology material was in Atkins’ car. Bomb technicians smashed the car window and checked that all three devices were in place.

After consulting with experts from the US Department of Energy and other scientists, bomb technicians then used special equipment to secure the material. The devices were then sent to a laboratory for analysis and evidence preservation.

After a two-hour stalemate, the Phoenix Police Department and the FBI convinced Atkins to surrender.

Atkins pleaded guilty to weapons of mass destruction charges and was sentenced to 15 years in prison in March.

Crucial to its successful outcome was the fact that the Phoenix FBI and the Phoenix Police Department had a long history of working together and training for a scenario like this. The FBI Phoenix Stabilization Task Force – stabilization is the term for neutralizing the threat posed by a radiological device – had been preparing for this since 2012. She had considered similar scenarios and prepared equipment and plans to respond to them.

“We were trained to do this by scientists who make these devices and who know everything about radiation and how it works. We had one of the best training courses in dealing with radiological material, ”said Henze. “Almost eight years of preparation helped us to be successful on match day.”

Read more at the FBI

Congress passes bill to prevent government shutdown, send out $28.6B in disaster aid

All Arizonans deserve paid leave, not the impossible choices we have now