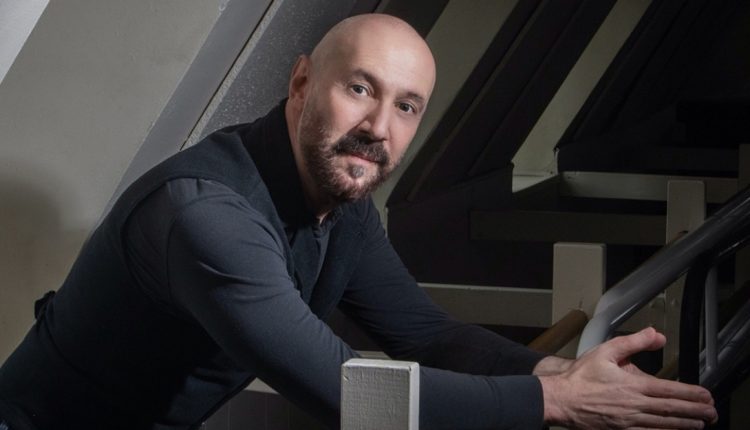 da Silva is responsible for overseeing the administration, programs and strategic planning of the well-respected and nationally recognized center for dance in Chicago currently celebrating its 50th Anniversary, as well as energizing and engaging staff, volunteers, partners and funders. Silvino da Silva, recently named one of Newcity’s “50 Players” in 2022, has been with The Ruth Page Center since 2000 as its director of marketing, communications and development.

Over the last two years, since Silva’s leadership has already led to enhanced impact within the organization, from developing new policies that cultivate equity, diversity and inclusion, to expanded programming that unlocks artistic potential while fostering and inspiring change. In the midst of the COVID pandemic, he oversaw the successful implementation of classes and performances moving to digital platforms; created a new scholarship for young BIPOC dancers in honor of Lauren Anderson, former principal dancer with the Houston Ballet and one of the first African-American ballerinas to become a principal for a major dance company; expanded The Ruth Page Center’s In-Resident Program to include two significant cultural institutions, Chicago Dance History Project and Giordano Dance Chicago; amplified programs with key arts partners, Ravinia Festival and Northeastern Illinois University; created and implemented 50th Anniversary programs and special events, including the Expanding Universe Award and Grant which promotes vital voices and increases access to resources and representation within the dance community of Chicago; and spearheaded the return to in-person activities while following city health standards.

“Silvino assumed the role of acting executive director at the end of 2020. It was an extremely difficult time to take over,” said The Ruth Page Center for the Arts Board Chair & President Thea Flaum. “Silvino had to deal with the COVID shutdown and re-invent ways to continue our educational activities, special programs and performances. All this as we ushered in our 50th Anniversary Season. He has succeeded brilliantly, leading the staff through a period of re- envisioned growth and new initiatives while maintaining a solid financial footing.”

“As we celebrate the 50th Anniversary of The Ruth Page Center’s founding, I see this as an opportunity for self-reflection while dedicating ourselves to fresh examination of the extraordinary depth and breadth of our programs and their relevance,” said da Silva. “For us, this is an unprecedented step toward deepening our understanding of who we are, how we can continue to be a cultural leader and a promise for robust engagement with those that depend on us to be here.”

“As one of The Ruth Page Center’s in-resident organizations, Porchlight Music Theater has worked closely with Silvino and on behalf of Porchlight, we congratulate him on this new position where we know he will continue to excel.” said Porchlight Music Theatre’s Artistic Director Michael Weber. “We appreciate all he has done and continues to do while embracing The Center’s mission to be an incubator for all of the arts.”

Originally from San Jose, California, he moved to Chicago in 1984 to complete his BA in Business Economics at DePaul University. His deep passion for the arts, specifically dance, began with his first job as executive assistant and then marketing coordinator with Hubbard Street Dance Company (now Hubbard Street Dance Chicago). After leaving Hubbard Street, da Silva went on to provide public relations strategy for National Radio Theater, the non-profit independent producer of radio plays, and then as director of marketing for Joseph Holmes Chicago Dance Theater. From 1992-1996, he lived and worked as a marketing consultant in the US Virgin Islands. Among his USVI clients was Calparrio International Travels, the Caribbean’s largest travel and tour operator at that time with an operating budget of fifteen million dollars. Upon his return to Chicago, da Silva founded Ideas Without Boundaries, Inc, a consulting firm specializing in public relations and marketing for the non-profit arts sector, working with such notable organizations as Melissa Thodos & Dancers (now Thodos Dance Chicago), Chicago Human Rhythm Project, Northlight Theatre, Rivendell Theater Ensemble, Carol Fox & Associates and Dance for Life/Chicago Dancers United to name just a few. In 1999, Silva was hired as a consultant by The Ruth Page Foundation to design and implement a year-long series of events celebrating Ruth Page’s Centennial. With the success of that project, he was invited to promote and market the Foundation’s many activities in the role of director of marketing.

In addition to his work in the non-profit sector, he has worked extensively in retail advertising, providing public relations strategy and coordinating projects for such retailers as Montgomery Ward & Company, Bloomingdales, Woodfield Shopping Center, Randhurst Shopping Center and Olivia Newton-John’s Koala Blue Boutiques. He has also worked extensively with tradeshow industry leader, Live Marketing, in the creation of marketing and promotional materials for their worldwide trade shows.

Silvino has served on the dance panels of the Illinois Arts Council and the Chicago Department of Cultural Affairs/CityArts.