The spirit of Magic Carpet Golf lives on across Tucson

TUCSON, Ariz. (KGUN) – If you grew up in Tucson, chances are you spent time playing mini golf at an old favorite on the east side, Magic Carpet Golf.

It was closed a dozen years ago, but lives on through its numerous statues scattered across the city.

Check out the map below to see where all of the Magic Carpet Golf statues are located today:

“A lot of kids who come here to go to the U of A come here and drink at the cabin and they have no idea where that used to be,” said former lawmaker Steve Farley. “They thought it was built for here. But it’s a symbol of 4th Avenue now.”

Farley knows exactly where the Tiki Head was.

He would take his daughters to play mini golf at the one-time Magic Carpet Golf on the east side.

“One of your favorite places in the world,” Farley said while standing in front of the Tiki Head statue.

After 40 years of business, Magic Carpet Golf closed in 2008.

It would be demolished for a dealership parking lot.

“My first thought, when we heard they were closing, is what they are going to do with everything,” recalled local shop owner Sam O’Shaughnessy.

Steve Farley knew he had to save as many of the iconic statues as possible that graced every hole in Magic Carpet Golf.

“Tucson, too often we tear down things that are valuable to so many people who grew up here.” said Farley. “This was one place where I got a chance to say no, not this one.”

Farley and Valley of the Moon volunteer Charlie Spillar teamed up to save the statues.

They organized a One Last Round event at Magic Carpet Golf.

“We could get people to have a blast, say goodbye to the golf course and raise money for them at the same time,” Farley recalls.

“It was like part of growing up in Tucson,” said Phil Villarreal, senior real time editor at KGUN9.

He reported on the closure of the cult site and the dismantling for the Arizona Daily Star. He also wrote about Farley and Spillar’s efforts to find a new home for the statues.

“They did it one by one,” said Villarreal. “He found stores that would house some of these statues, he found private collections and private houses to put in their backyard. They couldn’t save everything, but they saved many of them. If they hadn’t, we might have lost everything . “

Charlie Spillar had four of these statues moved to the Valley of the Moon, a special place where children can play and learn. 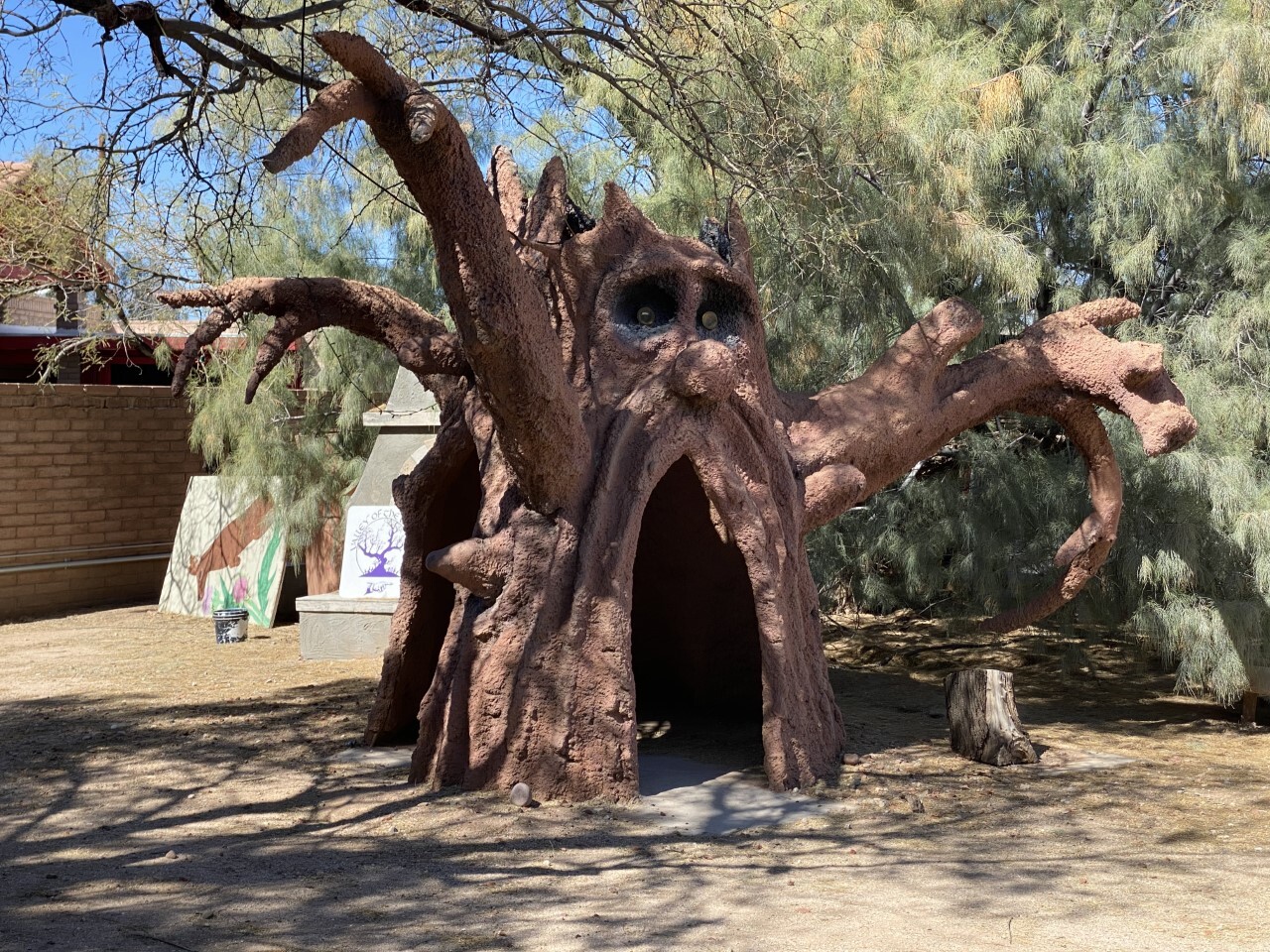 One by one, they moved the Magic Carpet Golf statues to locations across town.

For the statue of the bull, this meant that it was taken by crane and flatbed truck to O’Shaughnessy’s Irish Steakhouse outside Tanque Verde, near the Tucson Country Club. 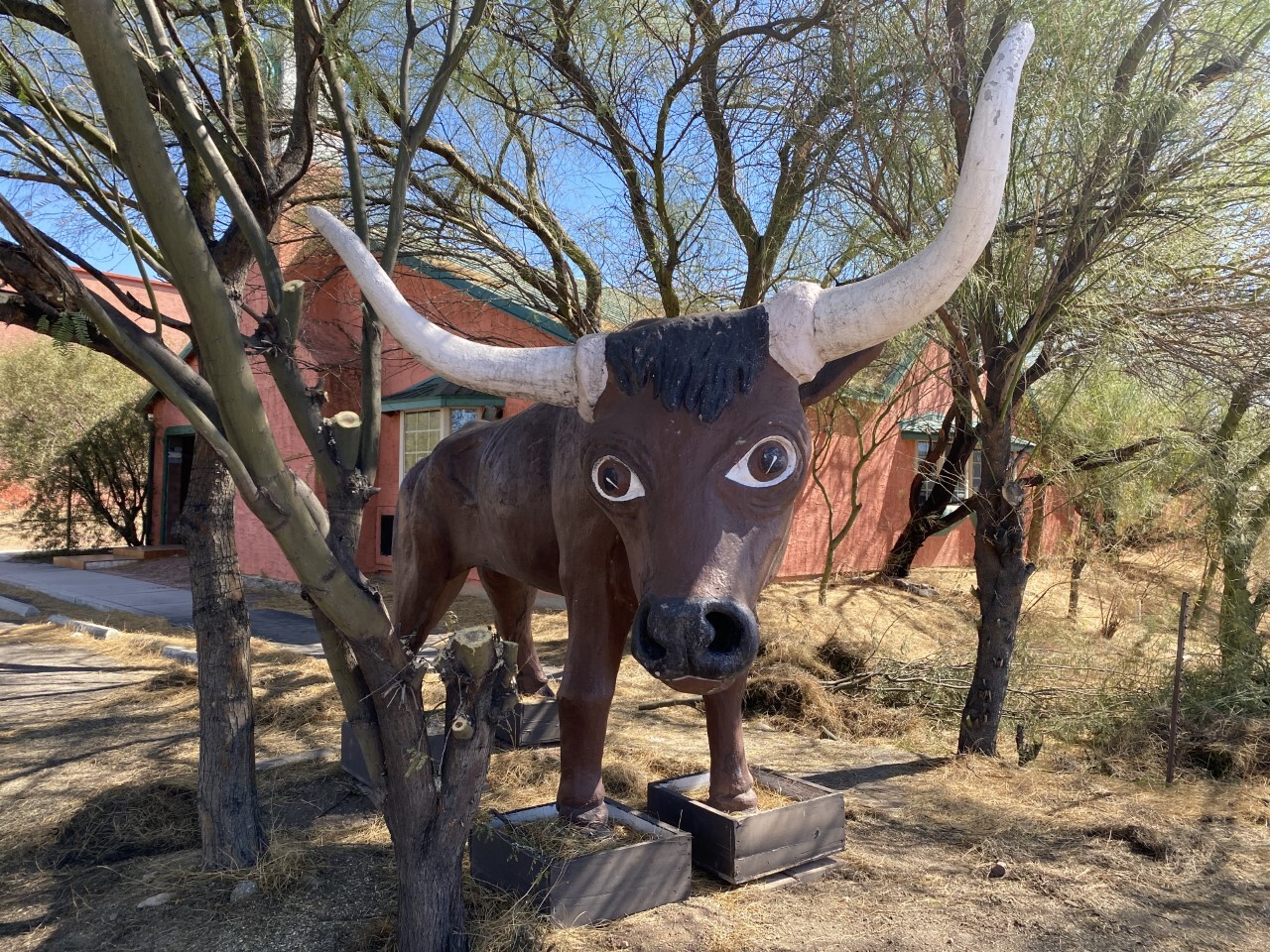 The statues were all designed and built by Michael Kautza, who also built the giant boot at Sabino Canyon, the castle at Golf N ‘Stuff, and the matador and the bull in front of Casa Molina.

You never know when you will stumble upon one.

You can find the monkey statue that drives through the Dunbar – Spring neighborhood. It is tucked away in the side courtyard of a private house that has been restored by its owners. 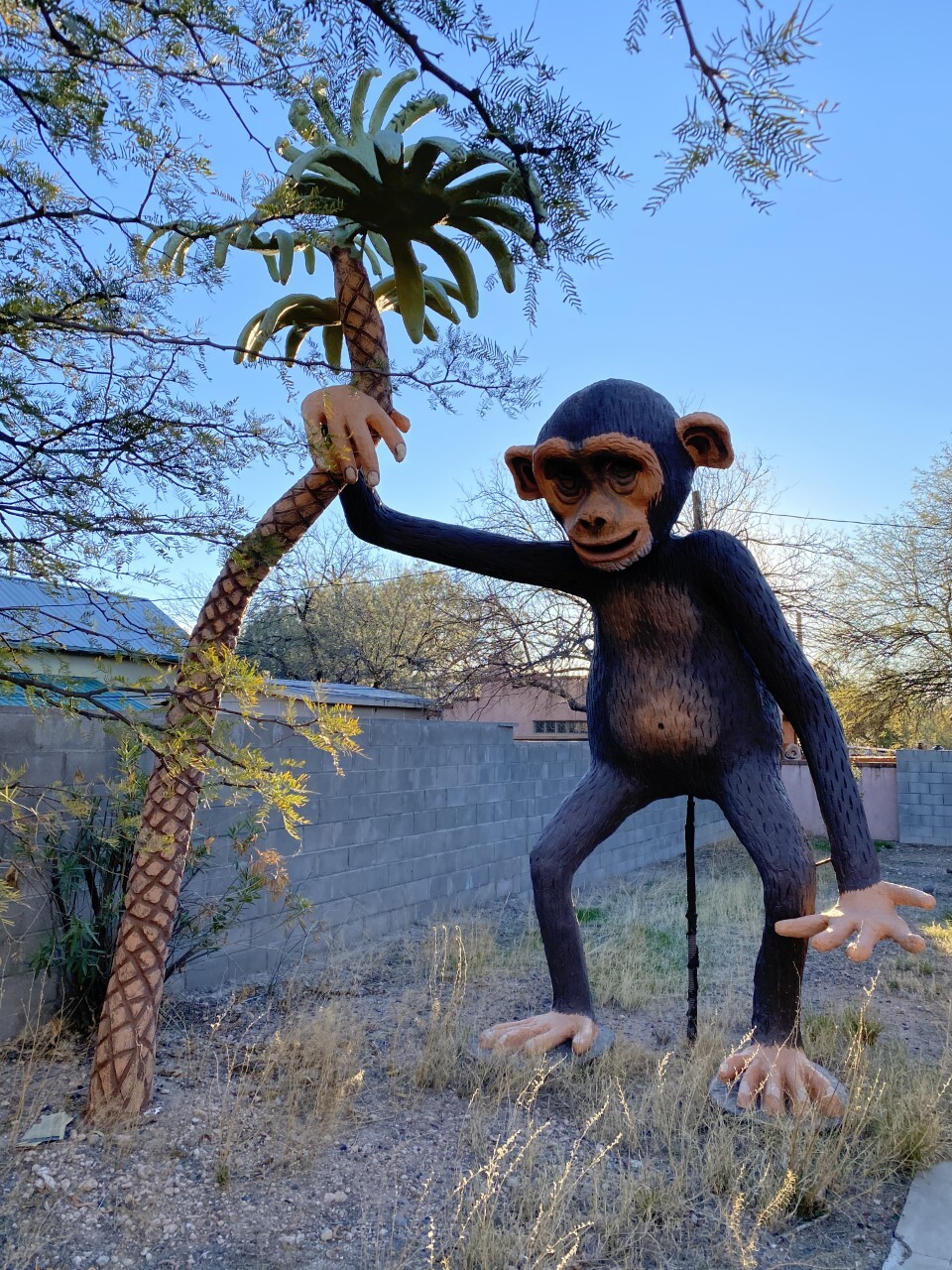 “Whenever you meet them, it is that amazing random occurrence that makes you feel so blessed,” Farley said. “Wow look, I got a piece of the magic carpet today.”

On the north side you will find an alligator and a snake.

The sun on the east side or the T-Rex moved to a shop in the south of the city. 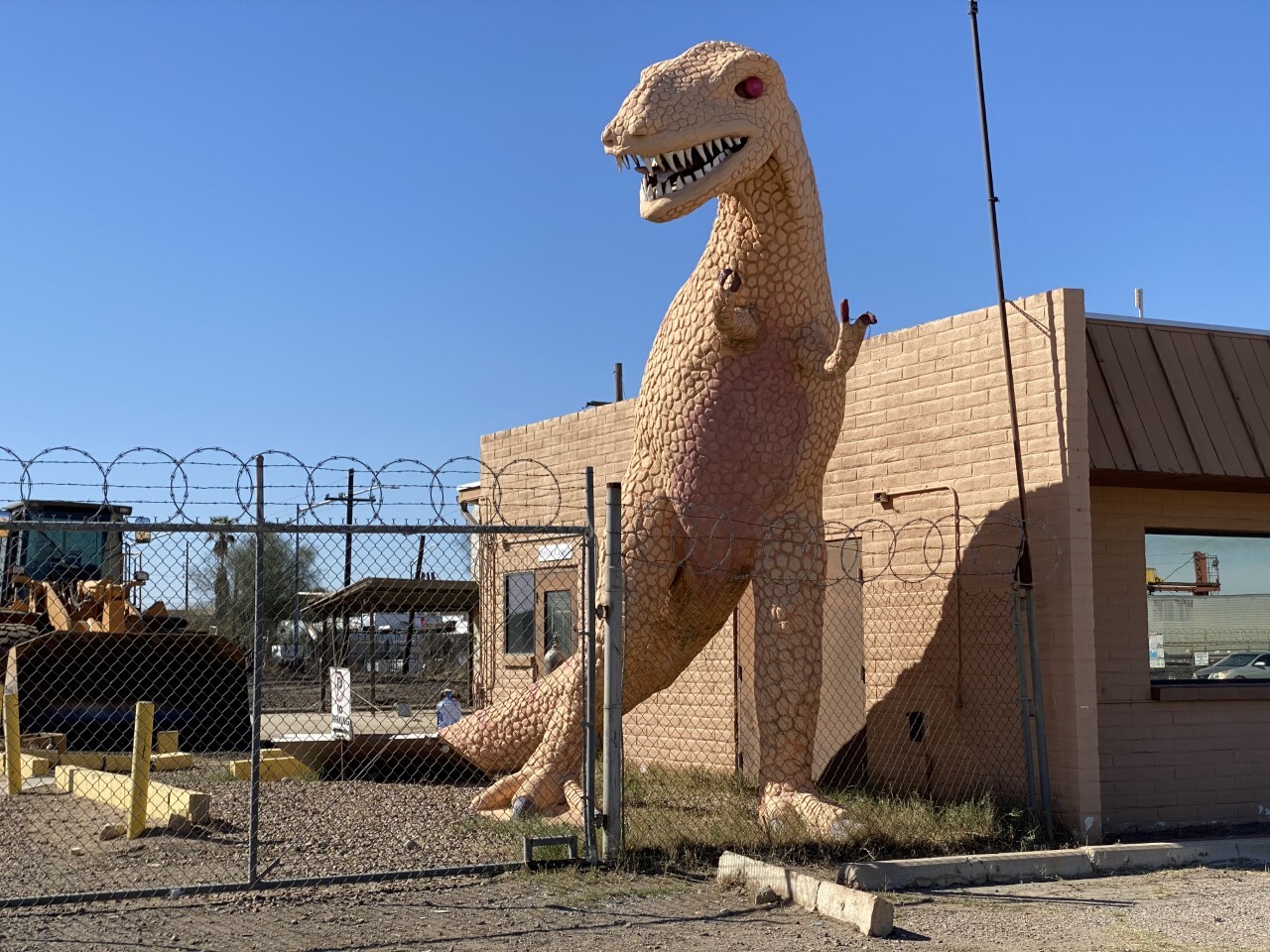 Farley says even though the statues are scattered across Tucson, they still take us back to those magical times at Magic Carpet Golf.

“It’s a nice thing,” said Farley. “It makes everyone feel like you can get out of your normal life and be in a completely different fantasy land. We need more things like that.”