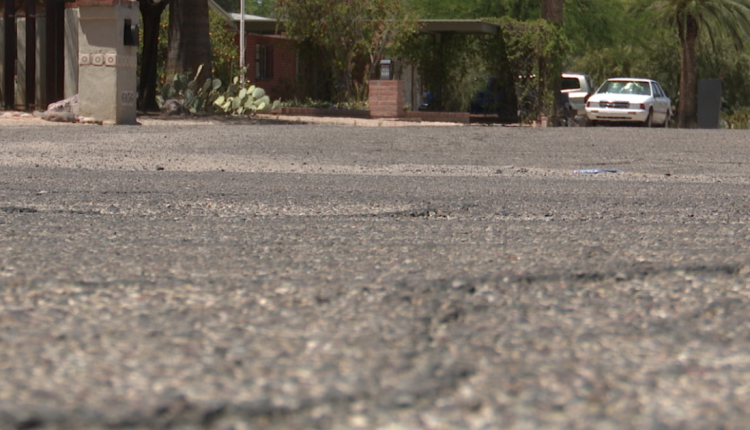 TUCSON, Ariz. (KGUN) — Tucson voters are deciding next Tuesday, May 17 whether or not to pass Proposition 411.

The move would extend a half-cent sales tax in the city for another 10 years in order to dedicate nearly $600 million to road improvements on all city streets.

But some wonder how city leaders will be held accountable to allocate those funds correctly.

An 11-member citizens oversight commission is in charge of exactly that. Seven members were appointed by the mayor and city council and four by the city manager.

The volunteers track the money the city takes in for road repairs, from the street bonds approved in 2012 and from Prop 101’s half-cent sales tax that was approved in 2017.

“All that money has gone where it was supposed to go,” he said of the past 10 years of road repair funding.

The problem—Calvert says—is that hasn’t been enough to help smaller, neighborhood streets that have seen maintenance neglected for long stretches.

Prop 411’s goal is to change that. If approved, it would extend the half-cent sales tax for another 10 years, earmarking $590 million to repair every street in the city in that time.

“I have no reason to believe that the 600 million won’t go there,” Calvert said. “I mean, there’s always gotta be oversight. There’s gotta be people there who are willing to say ‘It’s not going there.’ … As a practical matter, 600 million dollars is gonna take you a lot farther than the 40 million dollars approved five years ago.”

Calvert admits inflation and engineering analyzes over the next 10 years could change exactly how far the money can go.

The commission also decides which roads get fixed first, using road evaluations from the city and county to help make the call.

“As a committee, we have said ‘worst first,’ but from a political standpoint, we’ve had to spread that out so the money gets spread out over the entire city,” Calvert explained, saying the goal is to spread out projects relatively evenly across the six wards.

There are a lot of possible projects; the city estimates 85 percent of city streets are in ‘poor,’ ‘very poor’ or ‘failed’ condition.

“Bottom line is: the time those projects are identified until they are done, we are following up on what the progress is,” Calvert said.

The commission would continue to do so for the next decade, if Prop 411 passes.

——-
Ryan Fish is an anchor and reporter for KGUN 9 and comes to the Sonoran Desert from California’s Central Coast after working as a reporter, sports anchor and weather forecaster in Santa Barbara. Ryan grew up in the Chicago suburbs, frequently visiting family in Tucson. Share your story ideas and important issues with Ryan by emailing [email protected] or by connecting on Facebook and Twitter.