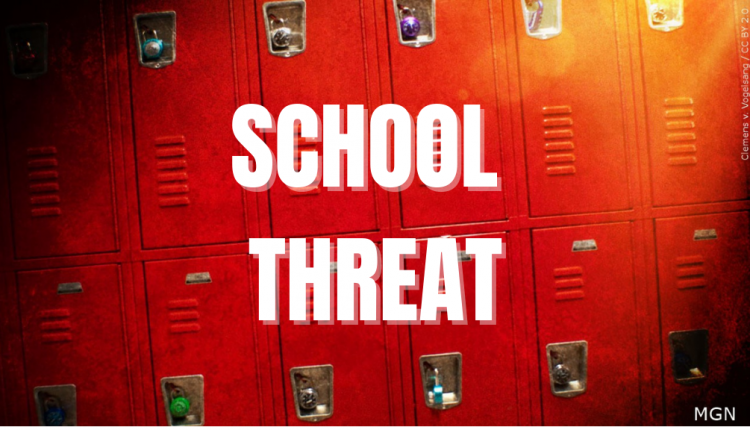 YPD says a Southern California boy could be charged

YUMA, Ariz. (KYMA, KECY) – The threat of a shooting at a Yuma middle school turned out to be a false positive, but an 11-year-old boy could still be charged.

Officials have partnered with Yuma School District One and the Naval Criminal Investigative Service (NCIS) to investigate the threat. YPD says investigators have determined it is not believable. They believe it came from an 11 year old boy in Southern California. Officials say the boy is on trial.

In this case, the threatening mail was seen by a student who told his parents. YPD commends the student and parents who report the threat. The officials say they will take all threats seriously and will investigate any reports they receive.

Yuma School District One released the following statement regarding the incident:

“On Monday evening, September 27th, the Yuma Police Department received a message of a potential social media threat against Castle Dome Middle School. The YPD and the district administration immediately began investigating this threat. As a precaution, additional police presence was set up on campus at Castle Dome Middle School.
The Yuma Police Department has now completed its investigation and has confirmed that
that wasn’t a credible threat. YPD will publish information related to this criminal investigation.

Student safety is a top priority in Yuma School District One and we take all threats very seriously
Serious. In collaboration with YPD, the Castle Dome Administration acted quickly. circle
The YPD is grateful for the thorough investigation into this matter as it continues to be ours
School and community safe.

– Declaration from Yuma School District One