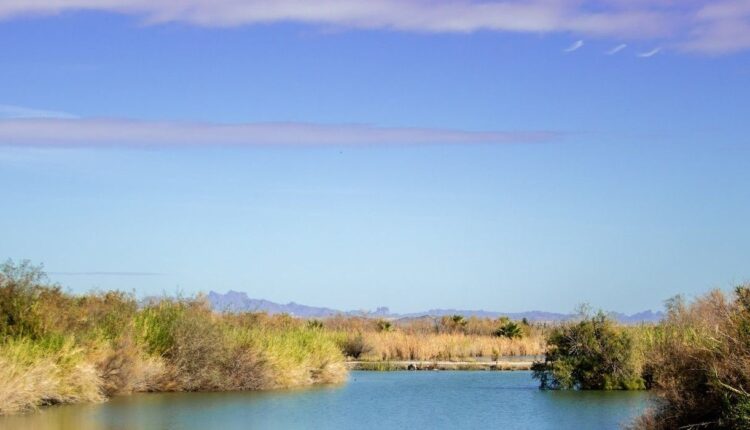 The Ultimate Travel Guide To Yuma & Things To Do

Yuma’s locals refer to their city as the true Southwest, the sunniest city on earth, the gateway to the Great Southwest. None of these is disputed. In fact, Yuma actually earned a place in the Guinness World Record for having sunshine for more than 90% of the year. But, understandably, this is so because of the city’s position in the Sonoran Desert, which in itself is a wonder.

The Colorado River flows through the northern part of Yuma, feeding the city and creating opportunities for recreational activities in the process. Kayaking, canoeing, tubing, and boating are popular in the river areas, as well as hiking in the wetland parks created by the river. This is Yuma’s claim to fame but certainly not its only interesting feature. The true Southwest is replete with historical sites, nature parks, shopping outlets, and so much more, which make it an incredible place to visit in Arizona.

THETRAVEL VIDEO OF THE DAY

This ultimate travel guide to Yuma will help those planning a trip to this destination to find out about the best time to visit, how to get around the city, the things to do, where to stay, and so much more.

However, these are also the busiest months in Yuma as most people visiting avoid the hotter months. Therefore, flight and accommodation prices will be higher in Winter.

Travelers who want to visit Yuma when there are fewer tourists may plan a trip in the months of October and November.

These months aren’t as hot as the summer, with temperatures averaging 77 degrees Fahrenheit (25 degrees Celsius). Plus, prices are lower at this time.

Yellow Volkswagen van on the road

Yuma is served by the Yuma International Airport, with American Airlines connecting passengers via Phoenix. Visitors can also enter the city by road; Yuma is about 2.5 to 3 hrs from San Diego and Phoenix, while Vegas is 5 hours away.

There are also two rail lines that pass through this city: Texas Eagle and Sunset Limited lines. Operated by Amtrak, these two lines run from Chicago to Los Angeles and from New Orleans to Los Angeles respectively, both passing through Yuma.

Those traveling to Yuma can board the train at any of the train stations along these lines.

Here are the best means that visitors can use to get around Yuma.

The public buses are operated by the Yuma County Intergovernmental Public Transportation Authority (YCAT). These operate on about 8 routes around the city.

Visitors should confirm the buses’ days of operation on the YCAT website because they vary from route to route. Generally, there are no buses on Sundays and most routes aren’t served on Saturdays.

Renting a car is more convenient, allowing tourists to easily visit the attractions farther away from Yuma’s downtown. Car rental services like Enterprise, Avis, and Hertz are available in the city, costing from about $50 per day.

Alternatively, visitors can opt to use ride-hailing apps like Uber and Lyft to get around the city.

Where To Eat In Yuma

The Garden Cafe gives patrons an outdoor dining experience in a shaded setup, surrounded by greenery. Their breakfast menu is raved about by online reviewers; most people praise their fruit bread.

Visitors can start their day with classics like Eggs Benedict or oatmeal pancakes. They also have a Grande Breakfast Burrito, which comes with bacon, eggs, potatoes, and salsa.

A fresh and tasty cheeseburger

A&R Grill is known for its burgers, which are arguably the best in Yuma. This spot is a great place for lunch for those who wish to try these famed burgers.

There are various options: The A&R Burger, The Yuma Burger, The Southwest Burger, The PB&J Burger, The Pretzel Burger, and many more. The restaurant serves a variety of tacos and grilled sandwiches, and there’s also a kids’ menu.

This is a fancy restaurant that is an excellent spot to have dinner in Yuma. JT Prime Kitchen operates on reservations, which can be made via their website or by calling directly. Inside, there’s a lounge and a separate restaurant area.

Patrons can spend their evening at the lounge sampling their cocktails, which include Mexican Old Fashioned, Mama Jane, Suprema Margarita, and several others.

The dinner menu is made up of different starters, steaks, and entrées like house-made short-rib ravioli or specials like Wagyu beef.

Top Things To Do In Yuma, Arizona

Here’s a look at some of the things to do and see in Yuma.

A view of the Colorado River

The Colorado River crosses Yuma to the north of the downtown area. This spectacular attraction creates a plethora of water activities that make this a lively destination for lovers of water sports.

Visitors can enjoy kayaking along the river; expeditions usually start at the confluence of rivers Colorado and Gila, and they can last up to 4 hours, ending at West Wetlands Park. There are also shorter expeditions that last for 45 minutes.

West Wetlands Park is also a great place to get a great river tubing spot. Those who prefer to get more of a thrill can go jet skiing as well.

Yuma was founded in 1854 and sites from its past still stand today. Visitors can spend time learning about this city’s history, a destination that grew because of its strategic position next to the Colorado River. Here are some historical sites in Yuma;

A fountain and cars in Downtown Yuma, Arizona

Yuma’s downtown area has a number of old buildings that are a testament to this city’s age. A stroll through this area will take visitors to the Yuma Art Center, the Historic Yuma Theater, and the Children’s Museum of Yuma County.

Tourists also get to see the Ocean to Ocean Bridge in the downtown area.

This park is a popular destination to check out the Colorado River. It spans 110 acres and offers several things to do. The main activity here is water activities on the river, like boating.

However, West Wetlands Park also has walking trails, picnic sites, gardens, a disc golf course, and a pond, which is a fishing site.

The park also boasts a beach, Centennial Beach, from where boats are launched. This is also a wonderful picnic site.

Related: 10 Things You Didn’t Know You Could Do In Arizona

Parks And Nature Reserves Near Yuma

This wildlife refuge is found about 38 miles from Yuma, a drive that takes about 50 minutes. Visitors get to see animals like the desert bighorn sheep, mule deer, coyote, and different migratory birds.

A water body in the Picacho State Recreation Area.

Picacho State Recreation Area is found just 25 miles from Yuma, on the California side of the border. This park is home to animals like bighorn sheep, wild burros, and migratory waterfowl. Visitors who love hiking should visit Picacho.

A view of Mittry Lake

This beautiful spot is found 23 miles north of Yuma. It’s made up of the lake, which is famous as a boating and fishing site. The wildlife area is also ideal for hiking and bird-watching.

Related: Arizona Parks Worth Visiting Besides The Grand Canyon

Popular Neighborhoods In Yuma And Where To Stay

Mesa Heights is found about 1 mile from Downtown Yuma and just 2.5 miles from Yuma International Airport. This neighborhood’s central location makes it an ideal place to stay for locals and visitors.

Sites like Kennedy Skate Park are nearby, and there are markets and grocery stores within a few minutes of the area.

Laguna is a lush residential neighborhood with a serene atmosphere. It is made up of high-end private homes with green lawns.

This area is very close to Yuma International Airport, which is less than a mile away. This neighborhood is also close to the Yuma Conservation Garden, and Yuma Golf & Country Club.

This area is a little removed from the city center, making it a more tranquil area. This is why the neighborhood is favored by hotels, with several found in Mirada Del Sol and the environs.

Still, the downtown area is just 3 miles away, and the airport is only a 7-minute drive away.

Tips To Know When Visiting Yuma

Photo by Clay Elliot on Unsplash

Spending The Perfect Day In Yuma

A perfect day in Yuma would start with a filling breakfast at one of the Mexican restaurants in the downtown area. Afterward, stroll through the downtown area, checking out the ancient buildings and sites. Then, head to the Yuma Territorial Prison State Historic Park for a trip down history.

Then, head to the Colorado River State Historic Park for a picnic lunch and a tour of the site.

Later in the afternoon, go to West Wetlands Park for a hike and a boat ride along the Colorado River.

After the relaxing boat ride, have dinner then visit Z Fun Factory for some mini golf and go-karting. Finally, end the day with some drinks at a local bar.

Q: What is Yuma best known for?

Yuma is best known for being the sunniest city on Earth because it has more than 330 sunny days in a year.

Q: How far is Yuma from the Mexican border?

Yuma is about 22 miles from the Mexican border at San Luis. This is approximately a half-hour drive.

Q: Which airlines fly out of Yuma Arizona?

The only airline that currently flies out of Yuma International Airport is American Airlines, which connects to the Phoenix Sky Harbor Airport and the Dallas Fort Worth Airport daily.