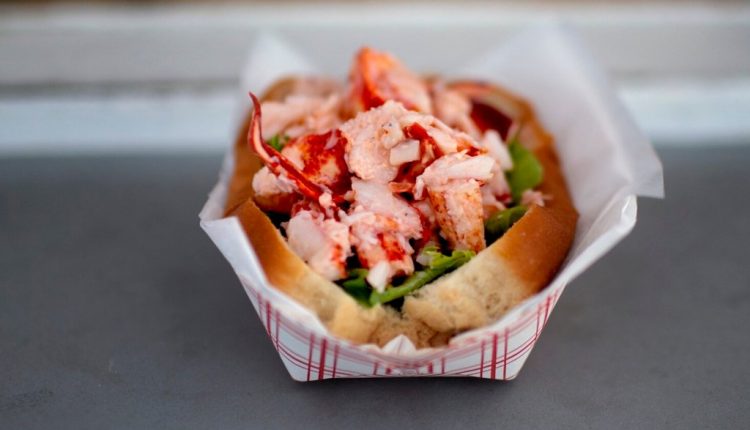 The Wrap: Maine Lobster Week is on; Primo closes in Tucson

Lobster lovers can indulge their cravings this week at the roughly 50 restaurants from Cape Neddick to Bar Harbor that are participating in the second annual Maine Lobster Week.

Get right down to the meat of the matter at Maine Lobster Week, a celebration of Maine’s cherished crustaceans now underground at 50-plus area restaurants. Derek Davis/Staff Photographer

The weeklong event differs from the annual Maine Lobster Festival in Rockland in that it takes place in a number of different locations. Maine Lobster Week takes an approach similar to that of Maine Restaurant Week, the popular late-winter celebration of special dishes and menus at special prices. Both weeklong events are spearheaded by public relations specialist Gillian Britt.

Maine Lobster Week kicked off this year on Monday and runs through National Lobster Day on Sunday.

Britt said the event has “grown nicely” since launching last year with a little more than 40 restaurants involved. “There’s been a lot of enthusiasm for it,” Britt said. “People really do want to support the lobstermen. Lobster Week wouldn’t exist without the lobstermen, and we owe them a debt of gratitude.”

Britt also noted that some restaurants are offering three-course dinners with lobster in every course, including Petite Jacqueline on Market Street and Cape Elizabeth’s Inn by the Sea.

James Beard Award-winning Maine chef and restaurateur Melissa Kelly is closing the Tucson, Arizona, location of their Primo restaurant at the end of this month.

Kelly cited challenges that the Arizona venue – located in Tucson’s JW Marriott Starr Pass Resort & Spa – faced in recent years, including the hotel furloughing employees at the outset of the pandemic. The property also has not been maintained to her satisfaction, Kelly said.

“I didn’t want to keep my name on it anymore at this point,” she said.

The Primo location in Orlando, Florida, will remain open, as well as the flagship restaurant in Rockland, which had a relatively busy summer, Kelly said. Kelly will stay partnered with Marriott at her Orlando restaurant, which completed a $4 million renovation project last fall.

“We had a great run in Tucson, and a foothold in the community. But it’s time to move on,” Kelly said.

The third season of Talking Food in Maine: Intimate Conversations kicks off later this month at the Lincoln Theater, featuring a discussion with chef Rob Dumas, food science innovation coordinator for the University of Maine.

University of Maine food science innovation coordinator Rob Dumas is the first guest for the third season of Talking Food in Maine, which kicks off Sept. 29 at the Lincoln Theater in Damariscotta. Courtesy of Cherie Scott

Dumas will talk with host Cherie Scott of Boothbay on Sept. 29 at 7 pm in the first of four free scheduled discussions in the series. As the series continues from January to March 2023, Scott’s guests will include Christian Hayes, owner of both The Garrison and Dandelion Catering Co. in Yarmouth; Mary Allen Lindemann, co-founder of Portland’s Coffee by Design; and Barton Seaver, a South Freeport resident and sustainable seafood expert.

Dumas is responsible for leveraging the resources of the university system to support economic growth in Maine’s food and agriculture sector through research, education and support facilities for food producers.

Each discussion at the venue, located at 2 Theater St., is open to the public, and no tickets or reservations are required to attend. More information on Dumas and the series is available at lincolntheater.net.

According to a post on the restaurant’s Facebook page, the restaurant will close after its last service this Saturday. The post cites irreconcilable issues with their building space at 27 Forest Ave., which is owned by Portland Stage. The restaurant has been located there since 2009.

Katahdin will reopen at a new location, according to the post, though it offered no details on location or timeline.

“After nearly three very stressful years of living with the uncertainty of what is happening with our space in the Portland Stage building, coupled with the stressors of the pandemic, we have decided to depart our beloved Forest Avenue location,” the post states in part .

“Portland Stage has presented us with a renovation plan involving a new elevator for them that would be placed in the bar area of ​​our current space, and a restaurant redesign on which we had very little say on. The redesign and its consequences are simply not economically feasible for us,” continued the post, signed by chef-owner Becky Lee Simmons and partner Winnie Moody.

Simmons and Portland Stage spokespeople could not be reached for comment on Tuesday.

The national media love affair with Portland restaurants continued Monday as The New York Times included Leeward and Twelve on its list of the country’s 50 best restaurants.

In his writeup of Leeward, the Times said owners Raquel and Jake Stevens (who is also the chef) “have managed to capture the essence of a season on the water.” The story’s description of Twelve lists standout dishes from Chef Colin Wyatt, former executive sous chef at Manhattan’s globally revered Eleven Madison Park.

“In a town often declared a diner’s paradise, Twelve makes that all the more true,” the Times states.

Please check your email to confirm and complete your registration.

Use the form below to reset your password. When you’ve submitted your account email, we will send an email with a reset code.