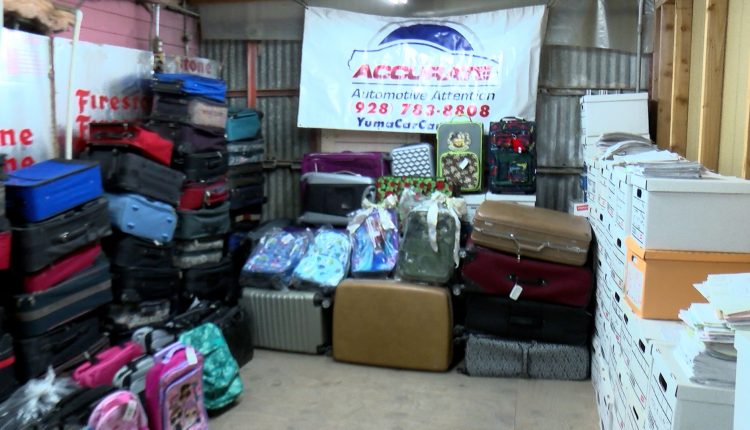 YUMA, Ariz. (KYMA, KECY) — As humble as it gets, Russell McCloud is the local business owner and philanthropist known for both his political career and his television commercials.

McCloud owns and operates Accurate Automotive Attention with multiple locations in Yuma County. The request was simple, they would ask the public to donate suitcases.

Why suitcase? It’s all too common for children removed from their homes and placed into the foster care system with only the clothes on their backs.

In most cases, it’s a confusing time and, depending on your age, quite traumatic. So AZCA provides the kid with a suitcase, some toiletries, and maybe some clothes.

Although these items may seem insignificant to some, they can bring some comfort to a child whose reality has just been torn apart.

Shortly after the appeal to the public went out, locals didn’t hesitate to take the call. Now there is a room filled to the brim with suitcases, duffel bags and backpacks.

As if that wasn’t enough, McCloud springed into action when it was revealed that toiletries needed to be placed in those bags.

The latest donation came from members of the Yuma Southwest Contractors Association. One of them was very affected by the foster care system and gave birth to a son as a result.

The YSWCA donated toothpaste, brushes, diapers, wipes and more. But as big as this donation was, more needs to be done.