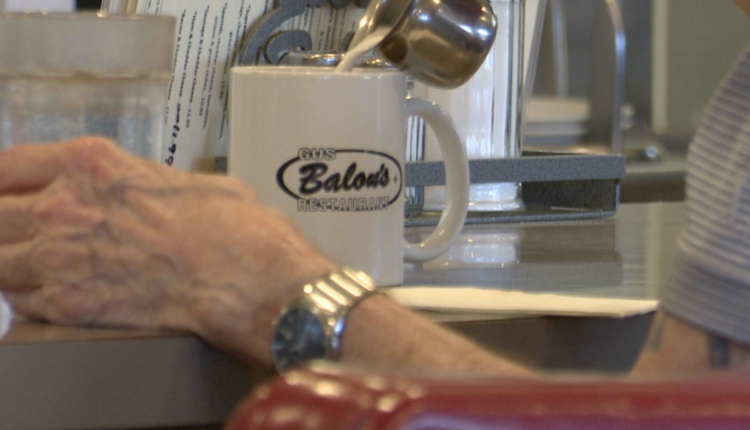 A couple of Tucson spots became staples over the years—thanks to multiple generations.

At Gus Balon’s Restaurant, there’s history on the walls and on the menu.

Owner Kelli Phillips says the current location on E. 22nd has been open since 1965. She tells the story of how her grandparents started the business after moving from Iowa, a story that can be found on each menu.

“My mother’s worked here. This is the only job she’s ever had in her whole life,” said Phillips.

She grew up working at the beloved diner just like her parents and grandparents, but she didn’t plan on taking it over one day.

Her parents knew the labor of love was labor-intensive.

“My mom always said, ‘You’re never expected to take it over. Never think that this is what you have to do,’” Phillips recalled. “And at one point, when my brother decided that he didn’t want to do it, they were just gonna sell it because I was working somewhere else. And I said, ‘No. I’ll take it over. I’ll do it.’”

Phillips says she did it because it’s “in her DNA,” but also because of the people filling the seats. It’s a large and loyal customer base.

The staff knows almost everyone’s face, if not their name.

“This is the place where people come and it’s their social hour,” Phillips explained. “They don’t go out. We have the same clientele that have been here since before I was born…

“I just think it’s like a family, not within just my blood family, it’s the whole community that comes in here every day and just appreciates what we do. And I think that’s why [I took it over].”

“This is not Burger King. You get it my way or you don’t get the damn thing,” he said with a chuckle.

While he can sometimes come off as short with people, del Principe truly cares about his customers.

He moved his eight kids and his business from Chicago to Tucson more than 40 years ago.

“I meet people [here] I’ve known from Chicago 50 years ago,” he said. “They walk in and we talk. It’s so nice to be able to talk to people.”

Even at age 89, del Principe says he isn’t ready to retire. Even if his kids might be.

“It’s getting harder and harder now that the kids are gone. They’re not gone, but they’re up in an age,” he said. “I called one of my boys to help me out at my North Side store. And he goes, ‘Oh dad, I retired.’”

“You get good help, you gotta hang with ’em,” he said. “If you’re working and you’re producing something. If people come up to you say, ‘Great food, everything was fine, just like it used to be.’ It makes your ego burst out of sight.”

And for some families, that makes the hard work worth passing down.