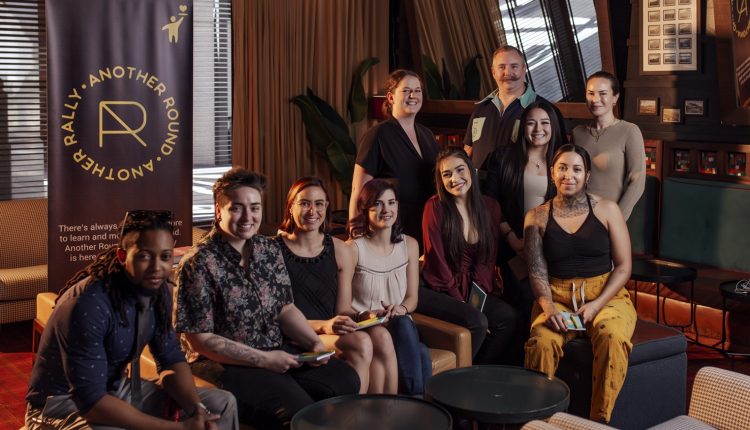 Arlene Magaña began her career in hospitality as a dishwasher in Chicago at 16 years old. The kitchen she worked in was largely dominated by men, but Magaña drew inspiration from her hardworking grandmother. She had dropped out of school at a young age to help raise her 13 siblings while growing up in Mexico, Magaña says.

She would tell Magaña stories about Guanajuato street vendors selling fresh, cold fruit. Magaña imagined what it would be like to use similar fruit to make cocktails, “inspired by the idea of ​​how the street vendor creates so much from what seems like so little,” she told Phoenix New Times in October.

After working her way through the raucous industry, from dive bars to movie theaters and high-volume hangouts where drink orders came rapid-fire, Magaña started shaking drinks inside of a glamorous train car at popular Arcadia area spot Century Grand in late 2019. There , she’s one of a team of women leaving a lasting impact on Phoenix’s cocktail scene. click to enlarge

Platform 18’s Arlene Magaña moved to Phoenix to take her bartending career to the next level.

Women currently make up 60 percent of all bartenders in the US, according to research by Zippia, an online job board and data analytics site. That statistical challenge preconceived notions of who should be sliding drinks down the bar.

But as of 2018, “just 4 percent of C-suite positions in wine and spirits were held by women,” according to SevenFiftyDaily, an online magazine that covers the alcohol industry.

Valley nonprofit Another Round Another Rally seeks to change that through its Skylight Hospitality Mentorship Program.

For the past couple of years, the program has paired women, femme, and nonbinary Phoenix-area bartenders with “industry icons who’ve shattered the glass ceiling and paved the way for others to do the same,” according to a press release.

At the Skylight Hospitality Cocktail Showcase taking place on Monday, November 7, this year’s mentees will serve custom cocktails at Rough Rider in downtown Phoenix. For $75, ticket holders can sip on sample cocktails from the mentee and mentor pairs while noshing on hors d’oeuvres and chatting with the bartenders. There will also be a silent auction featuring rare and high-end bottles of liquor.

The eight bartenders who were selected from across the Valley for this year’s six-week program range in levels of industry experience. Participants like Magaña are newer to the scene. Others, including Libby Lingua, have been working in the world of cocktails for over a decade. Lingua is the co-owner of the dimly lit and inventive Highball Cocktail Bar at Seventh Avenue and McDowell Road.

“This is definitely a male-dominated industry,” Lingua says. “So the opportunity to network with other prominent women in the industry, at a local, national and international scale, has been awesome.”

Along with Lingua and Magaña, who just won the national bartending competition Paloma Punchout, the program’s mentees include Aspen Bingham of Garden Bar Phoenix, a finalist for the Tales of the Cocktail Foundation’s most imaginative bartender award, and Krissy Contreras, who bartends at both Platform 18 and Sumo Maya. Decker Dunlop of Tratto Phoenix, Taylor Moss of Ghost Donkey, Jenna Natole of Buck & Rider, and Kelsi Savage of Rough Rider and Restaurant Progress are also participants.

The Skylight program was created by Another Round Another Rally, a nonprofit founded in 2018 by CEO Amanda Gunderson and COO Travis Nass.

“There was a big hole in the industry that needed to be filled. We noticed a lack of emergency assistance, healthcare, and access to legal help throughout the volatile hospitality industry,” Gunderson says. “And then there are disparities for women, the LGBTQ community, people of color, and immigrants. We hope to address all of that through our organization.”

When the COVID-19 pandemic struck, the nonprofit was in the right spot to aid businesses and workers in the hospitality industry through its many programs, ranging from emergency aid and mental health assistance to classes on meditation. Currently, the Skylight Hospitality Mentorship Program is based solely in metro Phoenix, but Gunderson plans to replicate it around the country soon.

“Next year, we hope to add in eight participants who work on the management side of the hospitality industry. We’re aiming for a coursed meal with paired beverages for the 2023 showcase, and will eventually expand to different cities,” Gunderson says.

The mentorship program pairs mentors and mentees to address not only cocktail creation, but also issues such as feeling like one can freely share their thoughts and opinions in the workplace, diversity and inclusion practices, addressing unconscious bias and social stereotypes, bar management, resume writing , and interviewing. These issues are all essential to discuss, as the C-suite is not the only area where women in the cocktail industry tend to fall far behind, Gunderson says.

According to 2016 research from the Tales of the Cocktail Foundation, a nonprofit that has hosted an international cocktail conference in New Orleans for the past 20 years, women in the industry make less money and are less represented in higher-paying, higher-profile bartending positions than their male counterparts.

Buzzfeed analyzed workplace harassment claims between fiscal years 1995 and 2016. In a story published in December 2017, it found that during the 20-year period, the most claims “by far” were filed by service workers like those in the restaurant and hotel industries .

“Experts say that workers who depend on low-paying, tip-based shift jobs are more likely to experience sexual harassment,” Buzzfeed reported. The study found that women filed 83% of the 170,000 claims, while men filed 15% and 2% did not specify a gender.

“I want to spark the conversation around not putting up with harassment in the industry, whether it’s from management to kitchen staff, server to server, or patron to bartender,” Gunderson says. “You can feel safe in the hospitality industry, no matter who you are or what you look like.”

The mentorship program’s session on psychological safety was especially impactful for Lingua, she says.

“That old-school kitchen mentality doesn’t fly anymore. It’s possible to exist in a work environment where you feel safe, acknowledged, and part of the team,” Lingua says, explaining that’s something she continuously strives to build at Highball Cocktail Bar.

She looks forward to debuting the cocktail she worked with mentor Charlotte Voisey to create at the Showcase. Voisey is the head of ambassadors at William Grant & Sons USA, the distillery behind luxury brands like Hendrick’s Gin and Glenfiddich Scotch Whisky.

Lingua’s cocktail utilizes Hendrick’s Orbium Gin, which has a more complex botanical build than the original, with extracts of quinine, lotus blossom, and wormwood. She plans to pair the spirit with flavors including lychee, bergamot citrus, and Peychaud’s Bitters to concoct a “citrusy, light, and refreshing cocktail with tannic tea notes,” she says.

In an industry strongly influenced by men, the cocktail showcase will provide an unusual moment for women to display their vast skill sets. While sipping on imaginative cocktails and snacking on tasty bites, attendees will also have the opportunity to celebrate diversity in the beverage industry.

“When I was learning cocktails, I started as a bar back,” Gunderson says. “There was a ceremony at the end of my training when I became a bartender where I earned my suspenders. So my prize for advancing was to get to dress like a man. This industry needs to change, and I’m glad to be a part of that.”

On November 8, vote for democracy, before it’s too late