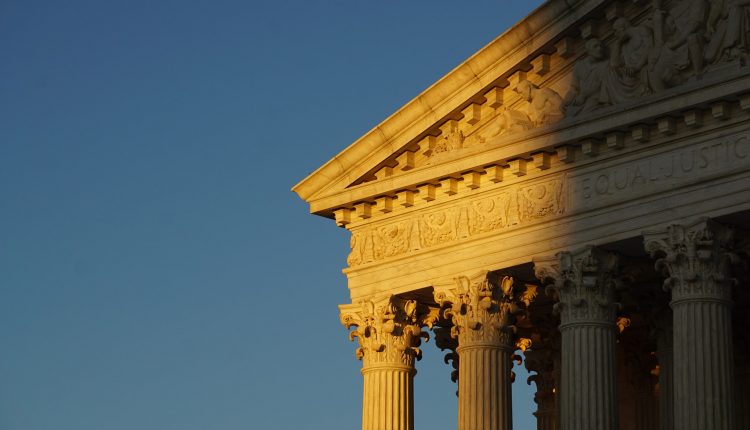 The United States Supreme Court is out of control — hell-bent on overruling established precedents and facilitating the creation of an authoritarian theocratic state.

Bear in mind that, in their various confirmation hearings the, now justices all genuflected at the altar of stare decisis, which means “to stand by things decided.” Basically, if a previous court has ruled on the same or a closely related issue, then the court will make its decision in alignment with the previous court’s decision.

Space does not permit discussing the court’s opinions in detail, but the following examples give one the idea about where the Court is heading.

In its June 24 decision in Dobbs v. Jackson Women’s Health, the court refused to follow 50 years of precedent and overruled Roe v. Wade. The court’s six conservative justices summarily nullified women’s fundamental right to seek safe abortion services in consultation with their health care providers free from government interference and, instead, turned control of women’s reproductive rights over to politicians, vigilantes and right-wing religious state legislatures.  The decision also sets the stage for challenges to LGBTQ+ community rights, contraception rights and the right to interracial marriage.

The day before Dobbs, the Court handed down its decision in New York State Rifle & Pistol Association v. Bruen and further expanded gun rights far beyond what the Second Amendment actually says and what the framers obviously intended. This decision came on the heels of a wave of mass shootings — averaging about 1.7 per day – and despite the fact that no American, anywhere, is safe from gun violence.

Then a week later, in West Virginia v. EPA, the court ignored 100 years of jurisprudence and gutted the Environmental Protection Agency’s power to regulate greenhouse-gas emissions from power plants under the Clean Air Act of 1970, as amended. Climate change is arguably the biggest existential threat to the survival of humanity, and the court’s broad decision throws confusion and doubt into the ability of federal agencies to regulate much of anything hereafter. Worse, the court decided this case notwithstanding that the rules being challenged had been abandoned, thus making the issue moot.

This court has increasingly injected religion into the law, thereby weakening one of the founding principles of our democracy, the separation of church and state. On June 27, the court’s conservative majority handed down Kennedy v. Bremerton School District. There, the Supreme Court overturned the trial court’s decision upholding the local school district’s concerns that Christian-infused speeches and prayer in a public-school activity could be considered coercive to students or a governmental endorsement of religion in violation of the First Amendment. On June 21, in Carson v. Makin, the court endorsed more public funding of religious schools despite a state requirement that such funding required schools be nonsectarian. Prior to that, on May 2, in Shurtleff v. Boston, the court ruled that Boston violated free speech rights by refusing to fly a flag with an image of the cross during a program that allowed private groups to use the flagpole while holding events in the same plaza. And, that decision was preceded on March 24, by Ramirez v. Collier wherein the court determined that the state must allow a Christian pastor to lay hands on an inmate during his execution.

On June 29, the court ruled in Oklahoma v. Castro-Huerta that states have jurisdiction, along with the federal government, to prosecute crimes committed by non-Indians against Indians on tribal land.  In doing so, the court overturned solid precedent to the contrary and opened the door to further incursions into long-safeguarded tribal sovereignty.

And, the court’s next term is set for more of the same.

Among others, the court will hear the case of Moore v. Harper. There it will be poised to rule that state legislatures have sole authority to set election rules, even if those rules violate the state’s own constitution! If that becomes the law of the land, we can expect that other cherished rights will be eventually put on the chopping-block, as well.

Bottom line: No rule of law, no constitutional right is safe unless it promotes the agenda of the conservative religious right.

Stare decisis? It’s dead on arrival with this activist court.

This article was first published by the Daily Montanan, a sister publication of the Arizona Mirror and a member of the States Newsroom network of local news sites.

Rural Hospital Rescue Program Is Met With Skepticism From Administrators