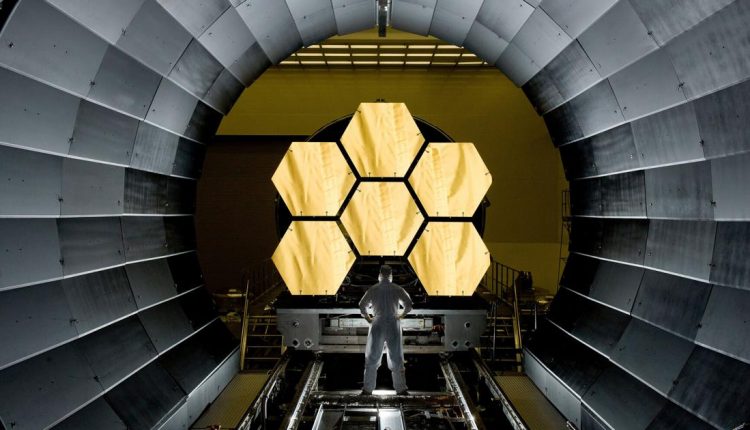 “We found a way to get it to work, and it was a big improvement on our dynamic phase sensor,” said Brock.

4D had shipped most of its Webb hardware to NASA or its prime contractor Northrop Grumman by 2012, he said.

When Webb entered the final testing phase a few years ago, 4D was used to update some of the computer systems and support testing.

Meanwhile, NASA and its contractors have been using the 4D instruments on other projects, including ground-based telescopes and the UA-led OSIRIS-REx mission to collect samples from an asteroid in 2020, Millerd said.

Engineers at 4D Technology, based in Tucson, test the company’s InSpec handheld precision surfacing tool on a part of an engine.

With Webb still in development, 4D introduced a range of interferometry products and received financial support to grow the company, which employs approximately 60 people in its long-standing industrial park in southern Tucson.

4D’s interferometer technology has found widespread use in the aerospace industry, for customers other than NASA, including major defense companies Raytheon, L3 Harris Technologies, Lockheed Martin and Northrop Grumman, who was prime contractor for the Webb telescope.

What you need to know about the Phoenix Climate Action Plan