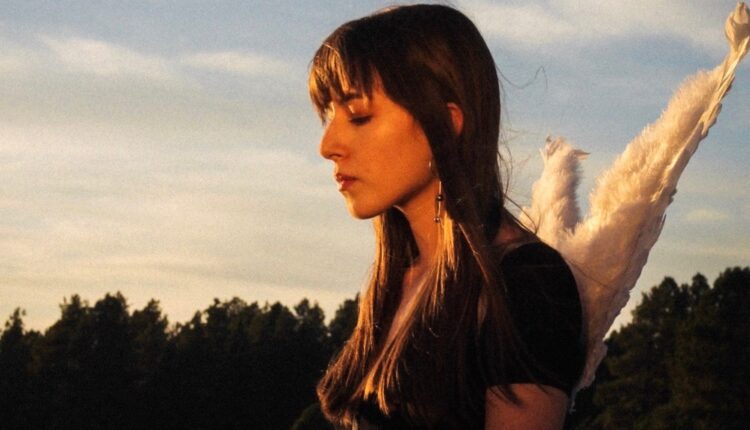 Thanks to the holidays, the Valley’s concert calendar is experiencing its annual post-Christmas slowdown at the moment. That’s not to say there aren’t shows worth checking out, though. This week, you can attend shows featuring homegrown singer-songwriter Veronica Everheart, LA sleaze-rockers Classless Act, a cappella group Straight No Chaser, and DJ duo Hi I’m Ghost.

Read on for more details about each of these gigs or check out Phoenix New Times’ online concert listings for more music events happening from Monday, December 26, to Thursday, December 29.

Tuesday, December 27
Mesa Arts Center, 1 East Main StreetAll good things become terminally dorky over time. There was a time when a capella was cool, even sexy: the golden age of doo-wop music when a handful of smooth cats could lay down a pillow for the plush sound. A cappella in the 21st century is the province of nerds; After all, it’s no coincidence that The Office writers made uber-dorky Andy Bernard an a capella guy. But some groups keep the flame of “a capella is good, actually” alive. None hold that flame higher and tighter than Indiana’s Straight No Chaser. Dressed to impress with voices of bass and honey, SNC have made the genre fun again. Combining serious vocal chops with a wry comic sensibility, the group burst onto the scene when a video of them doing a comedic take on “The 12 Days of Christmas” went viral in 2006. Since then they’ve racked up billions of streams and netted a few gold records, with their Christmas records in particularly high demand. They’ll be bringing their holiday cheer to Mesa Arts Center’s Ikeda Theater this week. And while SNC love to crack wise onstage, their take on a capella music ain’t no joke. 7:30pm, $25-$69.50 via mesaartscenter.com. Ashley Naftule

Wednesday, December 28
The Rebel Lounge, 2303 East Indian School RoadVeronica Everheart is the kind of singer who can sound confident in her withdrawal, crooning from the corner of a room with the assurance of someone who doesn’t care if you’re paying attention to them. It’s something the singer-songwriter has in common with one of her heroes, Joni Mitchell. Everheart isn’t a folk/jazz dynamo in the Mitchell vein, though: she’s closer to the fiery indie rock of Courtney Barnett. Everheart drawls out sharp hooks over buzzy guitars and laconic rhythms, displaying the kind of tight, compelling songwriting that can only come from someone who’s spent most of her life chasing the dream of being a musician. Originally hailing from Phoenix, Everheart is currently based in New Jersey where she’s simultaneously pursuing her musical career while also studying music management at William Paterson University. She’ll return home this week for a mid-week show at The Rebel Lounge. Big things are on the horizon for Everheart: she’ll be touring with another hometown hero, AJJ’s Sean Bonette, this spring along with Cursive’s Tim Kasher. With Slug Bug, Popsiclestick Airport, and TV Messages; 7pm, $12/$15 via seetickets.us. Ashley Naftule

Thursday, December 29
Valley Bar, 130 North Central AvenueEverything old is new again when it comes to Classless Act’s brand of rock ‘n’ roll. Give their 2022 debut album, Welcome to the Show, a spin and you’ll hear a wealth of influences the LA band taps into for their sound, ranging from ’70s glam rock to Sunset Strip-style ’80s sleaze metal. (Heck, they even feature a guest appearance by Vince Neil of Mötley Crüe fame on one song.) Frontman and vocalist Derek Day’s falsetto recalls the likes of King Diamond and Axl Rose while drummer Chuck McKissock could give Neil Peart a run for his money. Classless Act blends all these elements effortlessly into a sound that’s plenty listenable. Fresh off opening for Crüe, Def Leppard, and Joan Jett on their recent stadium tour, Classless Act is currently playing a series of club gigs, including a stop at Valley Bar in downtown Phoenix. Feel free to identify all the various bands they’re cribbing from or just enjoy the nostalgia of their jams while holding up your lighter. 7:30pm, $12.50/$15 via seetickets.us. Benjamin Leatherman

Thursday, December 29
Darkstar, 526 South Mill Avenue, #201, TempeNathan Davis and Tiago Nunez craft electronic dance music bangers that go hard. Performing and recording as Hi I’m Ghost, the two LA-based DJ/producers have spent the past few years releasing dubstep and riddim tracks featuring unrelenting amounts of filthy-sounding bass, plenty of wub-wub, and breathtaking tempos that mercilessly pound into your ear drums and brain. It tends to cause a lot of headbanging and fist-pumping among EDM fans during the various club gigs and festival sets Hi I’m Ghost has played since debuting in the mid-2010s. As the name of their duo indicates, Davis and Nunez play up the ghost shtick, releasing such tracks as “Land of the Dead,” “Lil Boo,” and “Spooky Riddim.” Their most recent release, the four-song Raveyard EP, dropped earlier this year on Bassrush Records. This week, Hi I’m Ghost will haunt Tempe nightclub Darkstar with support from local DJs Voodreau, Turbo, and Zeuz. 9 pm, $19 via tixr.com. Benjamin Leatherman

Thursday, December 29
Musical Instrument Museum, 4725 East Mayo BoulevardSuppose you didn’t get your fill of revelry and merriment during the past few weeks. In that case, singer-songwriter and pianist Jim Brickman will bring his annual holiday showcase (aka “The Gift of Christmas”) to the Musical Instrument Museum this week for a three-night stint. The Grammy-nominated artist is known for his smooth adult contemporary and New Age music and has collaborated with Lady A, Michael W. Smith, and the late Kenny Rogers. Admittedly, his tunes aren’t for everyone, but it’s definitely got an audience (Brickman has several gold and platinum albums and multiple top 10 hits to his name). Expect to hear him perform both seasonal standards and his own tunes (including “The Gift,” “Sending You A Little Christmas,” “Angel Eyes” and “If You Believe”) during his concerts, which will also feature electric violinist Tracy Silverman and vocalist John Trones. 6 and 8 pm, $49.50-$69.50 via mim.org. Benjamin Leatherman