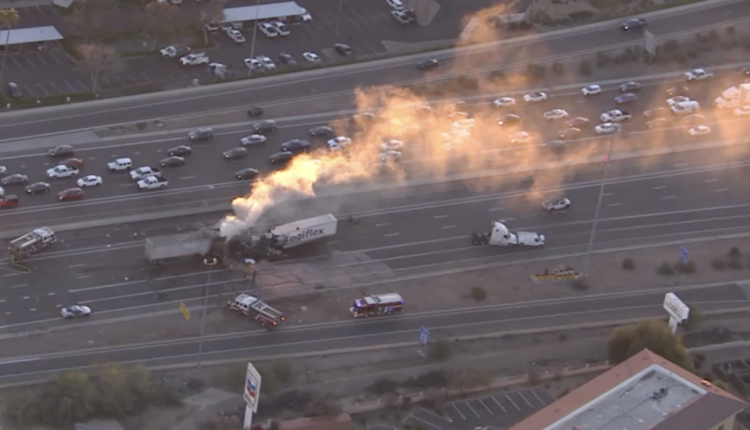 Three dead after a multi-vehicle freeway crash near Phoenix

DPS said a big rig crashed into a passenger car that was pushed into another semi-truck and two other vehicles.

Two people inside the car died at the scene and the third victim was inside another vehicle, according to DPS.

The names and ages of the people killed weren’t immediately released by authorities.

Video from traffic cameras in the area showed the fiery scene and DPS said it took nearly 30 minutes to extinguish the blaze.

Time is running out. Get covered by January 15.