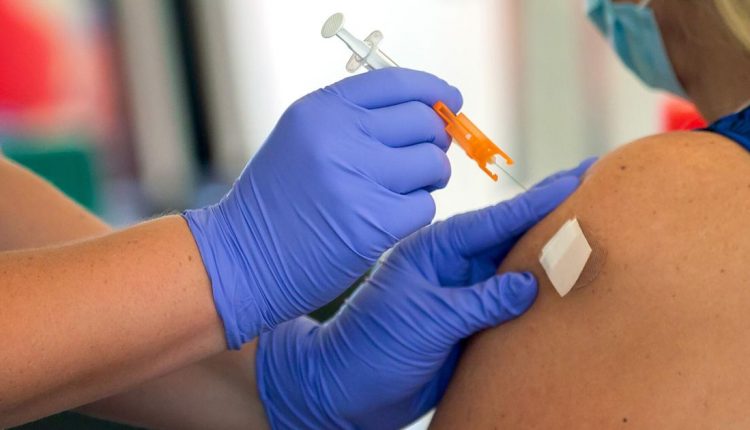 As I pulled a KN 95 mask out of my backpack to go into a court hearing Monday, the strap broke.

No big deal. Since I had COVID-19 at the beginning of July and returned from vacation at the end of that month, I haven’t worn masks much.

And when I arrived at the courtroom where I had planned to be masked, I noticed only a couple of the approximately 30 people there were wearing masks. I don’t want to give in to peer pressure, but it can help to fit in when you’re out reporting.

This is a confusing time in the evolution of the pandemic. For most people it is over — so much so that it’s a good time to start post-mortem evaluations.

The virus is endemic, and people keep getting it, but we have vaccines and treatments, so it isn’t overwhelming hospitals anymore. That’s what makes it a good time to start assessing what we’ve done wrong and right in this two-year pandemic process.

For some people, though, the SARS-CoV-2 virus is a persistent threat that they wish the rest of us would keep in mind. The vulnerable who survived are still vulnerable. They’re still masking when out, trying to maintain social distance, or trying to avoid most other people altogether.

Michelle Thorne, a mother of two children with autism, assembled a review of research for the Arizona Developmental Disabilities Planning Council last month. It showed that people with intellectual and developmental disabilities get COVID-19 at a much higher rate and more often suffer serious consequences, including death.

Medical professionals have known this for a while about people with Down Syndrome, but the effects are broader than just that syndrome.

When I asked Thorne what people could do to protect those who are vulnerable, she asked for almost nothing except for us not to be jerks (my word).

“Respect people who are still wearing masks, who are still social distancing, who are wary to go out in public,” she said. “There could be somebody in the store wearing a mask who goes home to a child who is immunocompromised.”

I asked if the rest of us should still be wearing masks, at least in indoor public places, on behalf of those who are vulnerable.

“In an ideal world, I’d say yes,” she answered. But I don’t think we’re going to put the toothpaste back in the tube after we’ve taken masks away.”

No, we’re not. And it isn’t helping that the Centers for Disease Control and Prevention issued new guidance Aug. 11 that loosened recommendations for how to deal with exposures and avoid infections.

The CDC’s new guidance frustrated Elizabeth Jacobs, an epidemiologist at the UA’s College of Public Health, she told me via email. Jacobs is working on research into long COVID.

“First, we are still experiencing roughly 400 deaths each day from COVID-19 in the US,” she wrote. “Second, the guidelines do not seem to take long COVID into consideration at all. This is a serious condition that has been estimated to have knocked up to 4 million Americans out of the workforce. The impact on individuals and families can be devastating.”

It was strange to come home from Europe to Tucson at the end of July. In the places my family visited, few wore masks. Subway cars — a key vector of infection in New York City during the early days — were packed with unmasked people. We masked anyway, mostly.

When we got home, Tucson, in comparison, seemed to be a careful place. But it doesn’t feel that way anymore. It feels pretty freewheeling.

Even my friend Felicia Goodrum, a high-flying virologist at the UA, isn’t as cautious as she used to be.

“The virus is completely endemic now. It’s not going anywhere, and I don’t see it getting much better than it is,” Goodrum told me Friday. “If you’re caring for someone who is more vulnerable, or if you are more vulnerable, you need to up the precautions.”

The key difference is that now we have ways to deal with the virus that we didn’t in the first year, said Goodrum, who is past president of the American Society for Virology and editor in chief of the Journal of Virology.

“All the mitigation we were doing, we were doing that until we had tools, the tools being vaccines and antivirals, plus the health care system knowing how to treat this.”

So now we know how to deal with COVID-19, though we still need to look out for the vulnerable.

Now that we’re in this relatively stable state, it feels to me as if there is unfinished business — a review of what worked and what did not.

The Pima County Small Business Commission brought up the idea at the June 7 board of supervisors meeting. Their proposal: Name a task force and hire an outside consultant to evaluate what Pima County did right and wrong during the pandemic.

It was a bold move from a commission intended to advise the board on small business concerns. They also asked for a budget of up to $775,000, which gave the board of supervisors justification to shoot it down that day.

But the concept is valid, as Supervisor Steve Christy described it to me, noting we will have other health emergencies again.

“Other instances will probably be coming up. Many people feel that many mistakes were made, and we don’t want to make those mistakes again.”

Yes, Christy, the board’s only Republican with his singular point of view on what the majority did wrong. But it’s not just an opportunity for the minority to assail the majority.

While we’re moving on with our lives, we ought to remember to protect those still vulnerable to the virus and be sure to evaluate our performance during these two tough years.

As the re-emergence of monkeypox and polio shows, we will probably be facing a similar challenge again before long.