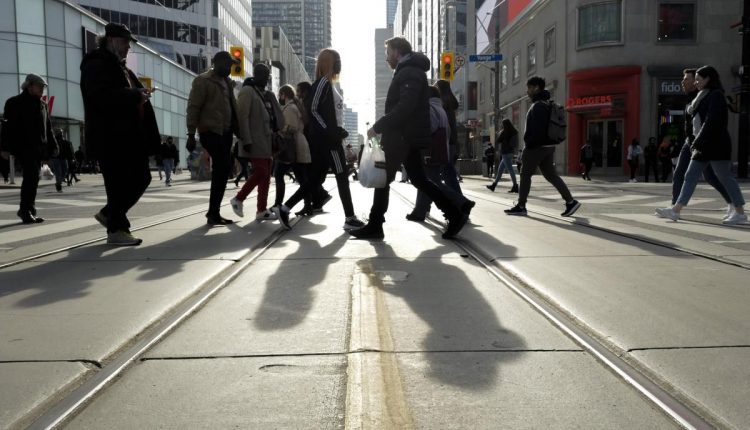 The latest coronavirus news from Canada and around the world Saturday. This file will be updated throughout the day. Web links to longer stories if available.

10:05pm: As the COVID-19 pandemic raged through Los Angeles in 2020 and 2021, infecting thousands of Los Angeles police officers, LAPD officials mandated that officers wear protective masks while at work and when interacting with the public.

They also promised to hold those who didn’t accountable.

However, new data show that few officers were ever formally punished for disobeying the directive, despite hundreds of complaints both from the public and internally within the department.

In 2020 and 2021, just two mask complaints — one per year — out of 268 that were filed resulted in formal punishment for the officers involved, according to annual reports from the LAPD’s Professional Standards Bureau, which includes internal affairs.

The reports did not name the disciplined officers, describe the underlying circumstances of the complaints or say how many officers were involved in the two complaints that were upheld, or “sustained.”

Far more often, officers who broke mask rules were processed through a less severe “non-disciplinary” process. They avoided punishment — or even formal “admonishment” or “reprimand” — in the department’s complex discipline system, which is controlled at least in part by a collective bargaining agreement with the LAPD’s labor union.

In dozens of cases, officials instead ruled that the officers involved’ “actions could have been different.” In many of those instances, they were given a “Notice to Correct Deficiency” or directed to receive “counseling” on the matter. That path allowed officers to avoid having a “sustained” complaint on their records.

4:19pm: The Quebec government is reporting 31 new deaths from COVID-19 and a 57-person drop in the number of people hospitalized with the virus.

According to numbers published today on the province’s open data website, there are now 1,994 people in hospital, compared to 2,051 on Friday.

There are 64 people in intensive care, which is an increase of four.

The last time the province reported fewer than 2,000 hospitalizations was on April 13.

The province’s interim health director said earlier this week that Quebec has passed the peak of the sixth wave, and the province will end its mask mandate for indoor public spaces on May 14.

2:08pm: South Africa’s daily coronavirus test positivity rate neared a record, rising above 30 per cent on Saturday for the first time in almost five months as two sublineages of the omicron variant spread rapidly ahead of the nation’s winter season.

There were 8,524 new Covid-19 cases identified, representing a 31.1 per cent positivity rate of those tested, the National Institute for Communicable Diseases said in a statement on its website. That’s the highest rate since the 32.2 per cent recorded on Dec. 15, when a record 26,976 cases were recorded. The surge means South Africa is close to its highest positivity rate yet. The record so far was 34.9 per cent on Dec. 14

The positivity rate is taken as an indicator of how fast the disease is spreading through the community as many cases go undetected.

Still, only five deaths were recorded in the last 48 hours and just over 2,600 people are in the hospital with the disease. At the peak of the wave in mid-2021 when the delta variant was rampant, hundreds of people were perishing daily and hospitalizations peaked at about 16,000.

South Africa, which together with Botswana identified the omicron variant in November, was the first country to experience a wave driven by the strain and the way it played out was seen as an indication for what could happen elsewhere. Last month South African scientists identified two omicron sublineages, BA.4 and BA.5, and laboratory experiments have since shown that those strains can reinfect those who have already had the original omicron strain.

1:37pm: New York City’s subway turnstiles clocked 3.5 million entries this week, the most since March 13, 2020 — which was the Friday before the Big Apple shut down as it became an early epicenter of the COVID-19 pandemic.

It’s a major milestone for the subways, but still far off from the 5.5 million entries the subway recorded each weekday before the pandemic.

“These growing ridership numbers show that New Yorkers are ready for a post-pandemic future for our city and that means returning to the public transportation system,” said Sarah Meyer, head of customer service at the Metropolitan Transportation Authority.

Coaxing riders back onto trains will be a challenge, Gov. Kathy Hochul said as she announced the Thursday ridership figures during a Friday event hosted by the Regional Plan Association. She said more crowded trains and platforms would help ease crime and safety concerns.

“It’s not going to change overnight,” Hochul told reporters. “But the collaboration between my administration and the city of New York’s administration is going to transform this… For a long time when you’re the only one on a train, it’s kind of scary. But when now there’s 3.5 million people out there with you, there’s a sense that things are getting back to normal.”

The governor’s comments came two days after a Quinnipiac University poll estimated 61 per cent of New Yorkers do not feel safe on the subway at night.

12:30 p.m.: Mary Francis had no complaints about being a poster child for COVID-19 vaccinations on the Navajo Nation, once a virus hot spot. The Navajo woman’s face and words grace a digital flyer asking people on the Native American reservation to get vaccinated “to protect the shidine’e (my people).”

“It really comes from a different perspective. Instead of ‘You should get your COVID-19 vaccines too,’ (it’s) ‘We should all as community members protect each other,’” said Lew, a clinical pharmacist at the Phoenix Indian Medical Center.

Native Americans make up significant portions of five of the seven counties designated as rural in the CDC report. A 2020 Census survey shows they account for nearly three-fourths of the 71,000 people in Apache County and almost half of the 110,000 residents in Navajo County. They are an estimated 10 per cent to 15 per cent in three smaller counties, Gila, Graham and La Paz.

11:30 am: Ontario is reporting 24 more deaths linked to COVID-19 today and nearly 100 fewer people in hospital.

The province says there are 1,563 people hospitalized with the virus, down from 1,662 on Friday, though not all facilities report data on weekends.

The number of people in intensive care dropped from six to 204.

The scientific director of Ontario’s panel of COVID-19 advisers has said multiplying the daily case count by 20 would give a more accurate picture.

The province says a total of 12,962 Ontarians have died since the pandemic began.

8 am: It’s tempting to look at the job market in Canada right now and claim victory for everyone, including working moms, writes Heather Scoffield.

Unemployment is at a record low, the proportion of women in their prime working years participating in the labor force is higher than ever before, and even indigenous women off reserve are making notable gains.

But to claim victory would be to ignore the lesson driven home by the leaked draft of a US Supreme Court ruling that is poised to walk back abortion rights in that country, and is spooking us here in Canada.

Backsliding is a real risk when it comes to women’s progress, and the trends beneath the job-market headlines show us why.

The fear that women would never recover from the pandemic recession. When COVID-19 prompted governments to tell most of us to work at home and shut down public-facing services, women took a huge hit. Low-wage women and racialized women took an extra-huge hit. And working parents reeled with home schooling, the on-again-off-again virtual classes, and trying to hold down jobs at the same time. Women’s participation in the workforce seriously eroded as they tried to juggle illness, kids, working from home and an unpredictable economy.

Now, after a roller coaster of massive job losses followed by massive gains and back again, the workforce seems to be having more like normal, essentially unchanged in April compared to March.

7 am: When Christopher DiRaddo’s second book was published last year during the COVID-19 pandemic, the Montreal author was disappointed he wouldn’t be able to mark the achievement with a glitzy in-person book launch.

Instead, he got creative. In addition to a virtual launch, he and his partner created special gift bags that included a signed copy of his book “The Family Way,” and drove all around the Montreal area delivering them to customers in person.

“In a weird way, it was almost like a reimagining of what a book launch could be,” he said in a recent phone interview.

As in-person literary events resume, authors like DiRaddo say the creative marketing solutions learned during lockdowns, as well as a pandemic-spurred rise in reading, give them hope for the future of their industry.

Several authors and publishers interviewed by The Canadian Press said the pandemic was hard on brick-and-mortar stores, which had to contend with weeks or months of forced closures, capacity limits and cancellations of book launches and meet-and-greets.

5:45 am: A key district in China’s capital has ordered some businesses providing non-essential services such as gyms and movie theaters to close to prevent the spread of COVID infections after President Xi Jinping reaffirmed his stringent COVID Zero policy.

Beijing’s eastern Chaoyang district, home to embassies and offices of multinationals including Apple Inc. and Alibaba Group Holding Ltd., ordered companies “providing services other than those supporting residents’ livelihoods” to be closed until further notice, an official said at a briefing on Friday evening.

The city of Shanghai announced Saturday it would postpone entrance examinations for colleges and high schools until July, citing infection risk, while some of the city’s biggest manufacturers have said they are trying to restart plants.

Anyone can read Conversations, but to contribute, you should be registered Torstar account holder. If you do not yet have a Torstar account, you can create one now (it is free)

Conversations are opinions of our readers and are subject to the Code of Conduct. The Star does not endorse these opinions.

Inmate death probed in Tucson; in custody death in Kingman