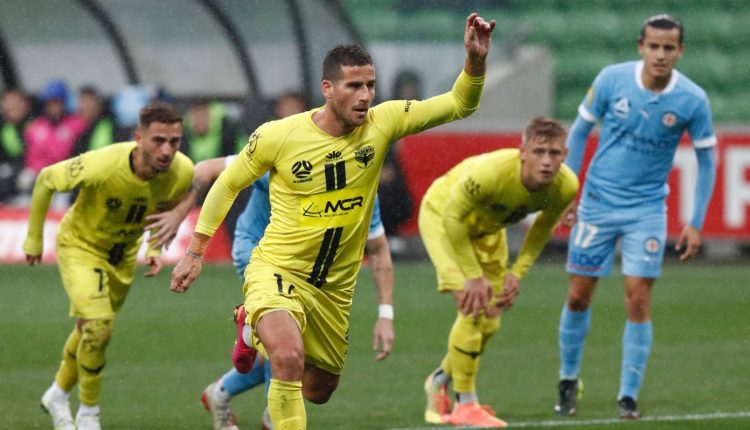 Tomer Hemed opened the scoring for the Phoenix with a penalty in the first half.

Wellington Phoenix will return to Wellington on Monday, knowing that they will likely have to win all four remaining games to reach the A-League Finals series after coughing up the lead for the 2-2 draw against leaders Melbourne City at AAMI early on Parking on Sunday.

The Phoenix opened the goal with Israeli striker Tomer Hemed’s penalty kick in the 37th minute, but relied on another Hemed goal to pick up two points after City scored twice in the second half.

A win would have put the Phoenix in the top six by just one point, but instead they are three points behind Brisbane Roar and Western Sydney Wanderers, with four games remaining.

“Normally we would take a point during the season if we came here [and got a draw] against Melbourne City, especially when they are in top form, ”said coach Ufuk Talay.

CONTINUE READING:
* The Wellington Phoenix star was injured before clashing with the championship leaders
* The Phoenix boss’s hopeful “disappointing” stance that stopped the W-League offer will be reversed
* Return of Wellington Phoenix betting on the crowd at home to unpack Sky Stadium

“But where we’re sitting it’s disappointing to let them come back into the game and then we had to fight our way back into the game. At the end of the day, a point is a point and we have four games to go, four very important games and they are teams that are right above us or around us. “

The Phoenix braved the absence of captain Ulises Davila (injury) and key defender Steven Taylor (illness) to get one of their best performances in the first half of the season, but the city ended strong and had them on the ropes until Hemed clung to one brilliant cross from David Ball to score a late equalizer.

The Phoenix made it to City in the first half and their early dominance was rewarded when Louis Fenton was awkwardly overturned by Ben Garuccio on the right edge of the box in the 36th minute.

Referee Alireza Faghani pointed straight to the point and Hemed made no mistake with his skillful penalty attempt. City goalkeeper Tom Glover sent the underlined Phoenix for the first time in more than 210 minutes.

However, they suffered two defensive rounds in the second half when Marco Tilio intercepted an erratic pass between Cameron Devlin and Joshua Laws to set up Naoki Tsubaki’s leveler in the 58th minute before Golden Boot leader Jamie Maclaren came off the bench and scored a spectacular free kick kick in the 81st.

Phoenix goalkeeper Oli Sail had suffered a severe blow to the elbow mid-way through the second half – an injury Talay said recurring – and appeared immensely uncomfortable. He stayed on the field, however, making a decisive save to deny Craig Noone in front of Maclaren. 25th goal fired City on.

“He did what is good and I thought he had a good game too. We’ll check it out, not sure what it is like after the knock, but we’ll take a look and see it pull up. “

Losing could have put an end to the Phoenix’s top six hopes, but Hemed’s doubles kept them on the hunt for another week.

CLARENCE PAGE: Who’s Afraid of Critical Racial Theory? Those who don’t know what it is columnists