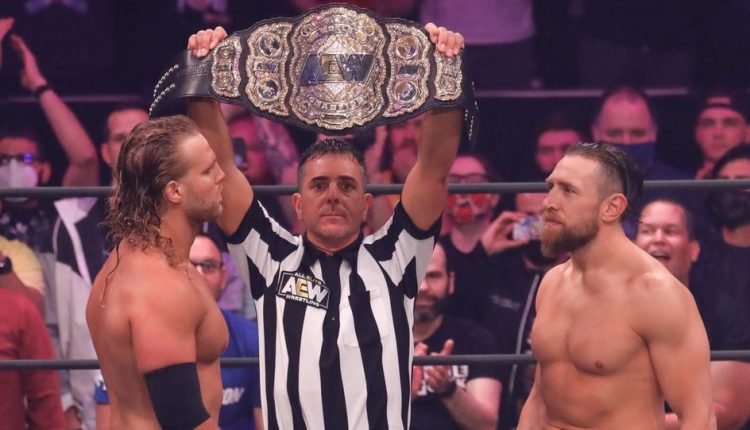 AEW President Tony Khan recently spoke to Mike Johnson of PWInsider about the original 60-minute time limit draw between Bryan Danielson and AEW World Champion “Hangman” Adam Page and their rematch at the AEW Dynamite premiere next week at the TBS premiere. The highlights are listed below:

The final draw for Danielson vs. Page 60 minutes:

“This is absolutely one of the most important games of all time in AEW, Hangman Page versus Bryan Danielson, an hour of draw and it was a great first match for Hangman as champion, but now he’s on his second defense and there are a lot of uncertainties.” after the hour-long draw with Bryan Danielson. I think Hangman Page could be a great champion for us, but Bryan Danielson has so much to offer AEW right now. He is one of the most famous and respected professional wrestlers in the history of the sport and he has been a huge coup for us since joining AEW. It was really great to have Bryan here. He’s had some of the best games in AEW history in a very short time, no doubt and I think next week, Dynamite’s debut on TBS, I expect another great match. I think it’s very in the air now that these guys had the hour-long draw and no one knows what to expect and that’s how we like it. I think it’s a great World Championship title match we’re presenting, and then so much exciting things are happening in AEW over the next few weeks as we say goodbye to TNT at Daily’s Place this week. “

If there were other plans beyond the 60 minute draw and how the game was received:

“Well, there are many things we could possibly have done in this situation. I think the possibilities are endless, but that’s what we wanted to do and it was a masterpiece. I am so happy with this match. I’m glad the fans liked it. I absolutely loved the ratings that have grown over the course of the game and the climax of the game and such a great rating for the show especially for the final quarter of the game. It was just an absolute huge success for us and now it’s building into a rematch on such an important stage. This is a big night for us, debuting on TBS. So the next few weeks are really important and this game was absolutely something we needed to get right and I think we definitely did it. People looked forward to this game. And it was important for Hangman to go out there and make a great debut as a champion. I think people have been wondering if Hangman is going to be a one-match champion. The answer is no, but now he’s going to go back and wrestle the same opponent and I said, “What’s going to happen?” After the hour-long fight, I don’t think anyone knows what to expect, and that’s exactly how we want it. I think it was just a perfect result and provided that both men would be able to last 60 minutes and give us a great game. And I thought that was the perfect solution. Now that they have been through it and have delivered this great game, there is no question that it was the right one. “

To use judges for next week’s rematch in Newark, NJ:

“We’ll have great wrestlers on hand. It shouldn’t be about the judges as it is about Executioner and Danielson. I think we want great judges, great wrestling experience, people who know the sport and what to look for, criteria for judging the winner. I think if this thing goes on for 60 minutes we want to give the fans great real reassurance again as they know there will be a winner this time even if there is another 60 minute game. So we’ve got all of our basics covered and the focus will be on Danielson and Hangman and what is going to be a great, great game next week. So the next few weeks, the last Dynamite on TNT, I think are very sentimental for many reasons, especially for Daily’s Place and with the return of JR and the map we have set. But I think a lot of people will be focused on this debut at TBS, especially knowing that Danielson is at stake against Hangman II. “

UPDATES: Coronavirus Developments in the Tucson Area, Jan 1st: What We Know | Nca