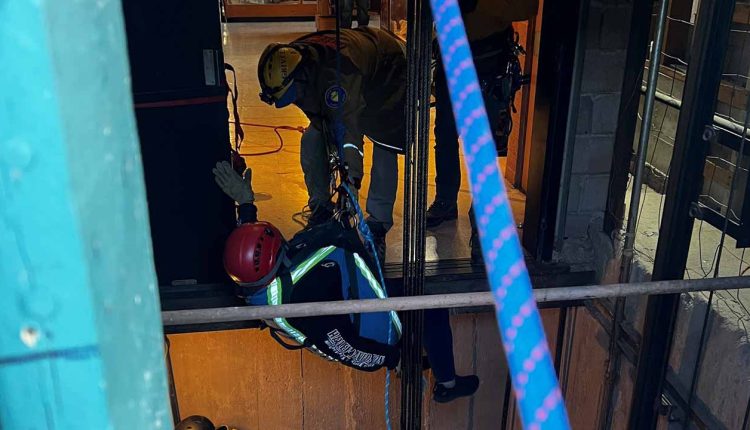 (NEXSTAR/KLAS) – A group of tourists has been extricated from the Grand Canyon Caverns in Peach Springs, Arizona, after becoming stranded approximately 200 feet underground on Sunday, officials with the Coconino County Sheriff’s Office said.

The tour group originally became stuck after the elevator that was supposed to bring them back to the surface stopped working, officials said. Attempts to repair the elevator were unsuccessful, and members of the group were allowed to stay overnight in a hotel suite “located in the bottom of the cavern” after it was determined they would not be able to climb 21 flights up the emergency staircase.

Officials constructed a “technical rope rescue system” to hoist the stranded tourists up the elevator shaft one at a time, according to a news release issued Tuesday afternoon. (Coconino Sheriff’s Office)

“They had some physical limitations. The stairs are not like hotel stairs, they’re like a fire escape,” said Jon Paxton, the public information officer with the Coconino Sheriff’s Office.

The following day, members of the sheriff’s office and the Flagstaff Fire Department constructed a “technical rope rescue system” to hoist the stranded tourists up the elevator shaft one at a time, according to a news release issued Tuesday afternoon.

Each lift took about 15 minutes, the sheriff’s office said. All members were above ground by 6 pm Monday.

“Once on the surface, the members of the party were evaluated by personnel from the Sheriff’s Office and Flagstaff Fire Department,” according to the news release. “None of the party suffered any medical issues requiring treatment on scene.” 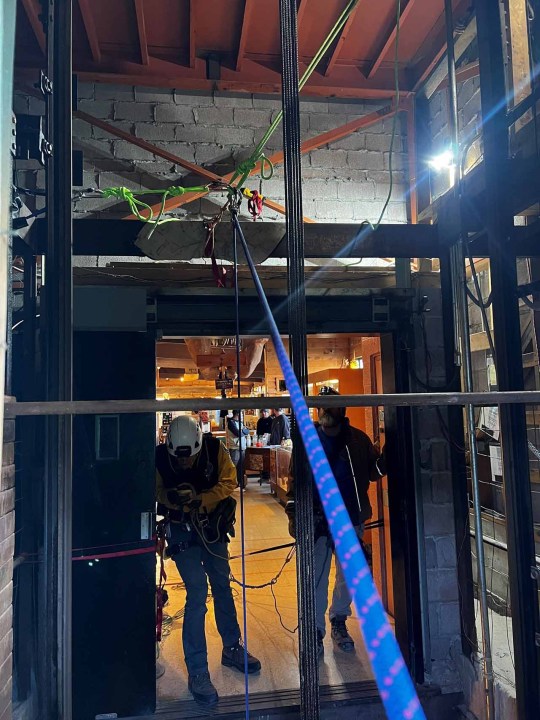 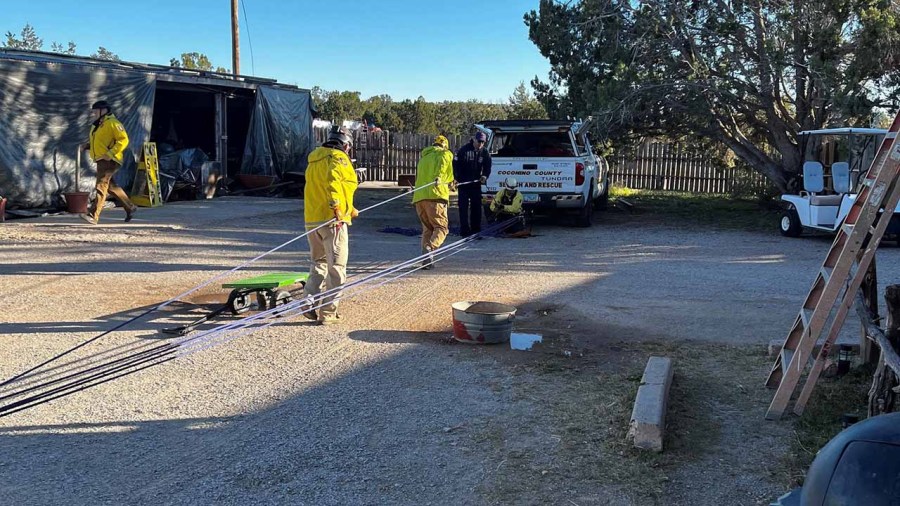 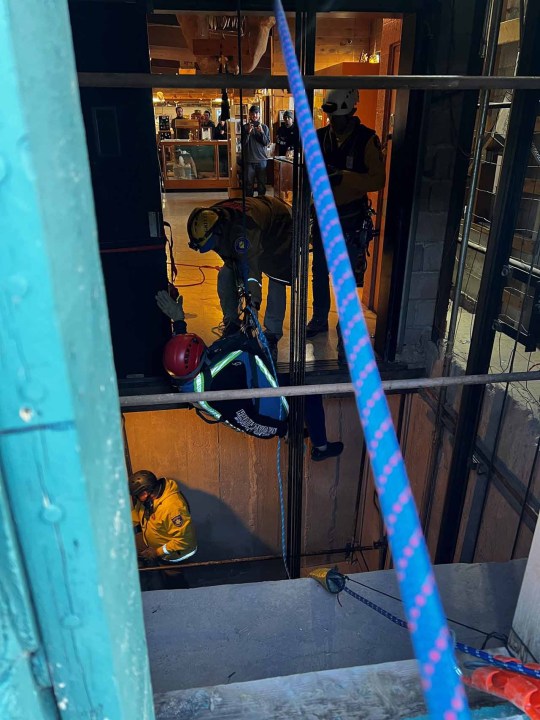 Mechanics were brought to the site of the malfunctioning elevator on Tuesday. A representative for Grand Canyon Caverns was not immediately available to offer further details.

The Grand Canyon Caverns, located approximately 200 feet below ground near Peach Springs, are said to be the largest dry caverns in the country, according to the caverns’ tourism site. Visitors can schedule tours and spelunking expeditions, or even book the underground cavern suite — which offers two beds, DVDs, books, a kitchenette, and an “RV style bathroom” — for $1,000 per night, according to the website.