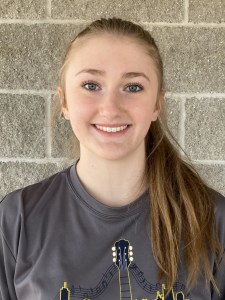 Chambersburg coach Chris Skultety said, “It was just our typical culture of what we’ve built here. We don’t quit. We had eight or nine comeback wins last year. Their pitcher kept us off-balance for a while (no hits until one out in the fourth), but the girls had a kind of calmness.”

In the bottom of the fifth, the Trojans (11-0) got their comeback started with a walk to Morgan Stockslager and a hit by Ashli ​​Ganoe. Alyssa Brechbill doubled in a run, Hannah Runk hit a sacrifice fly and Abagail Newman singled in a run.

In the sixth, Saleen Null was hit by a pitch and Katelin Secrist singled. Then Stockslager doubled in a run and Ganoe’s double produced two runs and made it 7-6 in the Little Lions’ favor. After a single by Brechbill, Ganoe stole home to tie the game. Runk blasted a triple to put Chambersburg ahead, followed by an RBI double by Newman and a run-scoring single by Sam Paetow.

“When we scored three in the fifth, I think it rattled them, and then we just exploded in the sixth,” Skultety said. “It was a great atmosphere — with two unbeaten teams — like a playoff game. We just had our best at-bats late in the game.”

Zero earned her second win of the season. She pitched 6 innings and got an out in the top of the seventh. When State College (8-1) got a runner on base, Skultety brought in Kylee Miller, who got the final two outs.

The Trojans opened the eight-team tournament with a 12-0, five-inning win over Greencastle-Antrim. Brechbill was 2-for-3 with a home run and three RBIs, and Chambersburg, which had seven hits, was aided by 11 GA walks. Miller (3.1 innings) and Ganoe (1.2) combined to limit Greencastle to a single hit, by Baley Leckron.

In the semifinals, the Trojans defeated Shippensburg 9-1 in six innings. Miller (5 innings, 3 hits, 1 walk, 4 Ks) and Null (1 inning, 2 Ks) held the Greyhounds down and their team led 3-0 after three innings and added four more in the fourth and two in the fifth.

Greencastle (4-7) came back from the loss to Chambersburg to take a 4-2 victory over Dallastown. Mackenzie Wingert scattered eight hits and one walk to earn the win for the Blue Devils. Makayla Jerin was 4-for-4 and Sydney Orndorff and Caroline Logsdon each went 2-for-4 for the Blue Devils.

GA scored one run in the fourth on an error, and three more in the sixth on RBI singles by Orndorff, Wingert and Meadow Gambacurta.

Greencastle faced the host Bulldogs in the game for fifth place and, for the second time this week, Big Spring scored in the bottom of the seventh to deny the Blue Devils a win. GA scored five runs in the top of the seventh to take a 6-4 lead. Bailey Leckron led the inning off with a home run and the other big hit was a two-run double from Logsdon.

But two errors contributed greatly to the Bulldogs’ three-run rally in the bottom of the inning, which ended on a walk-off triple by Raychael Holtry.