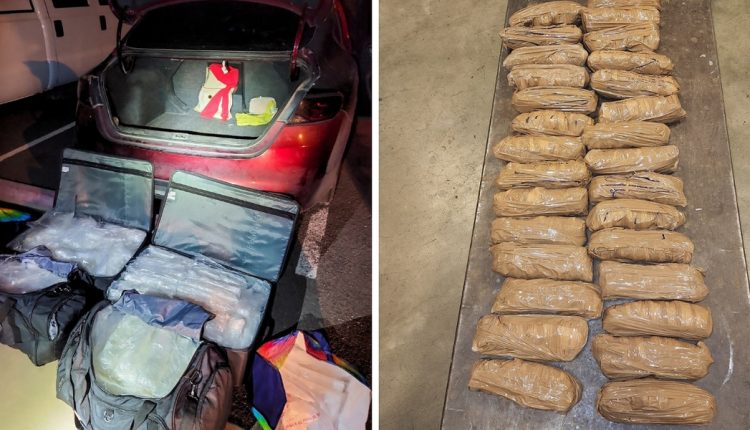 TUCSON, AZ (3TV/CBS 5) — Two traffic stops led to Arizona Department of Public Safety troopers arresting two men with loads of meth, including one driver who was hauling over 250 pounds of the drug, near Tucson earlier this week. On Wednesday, a trooper pulled over 61-year-old Jesus R. Enriquez, who was driving on Interstate 10 near Marana. The trooper searched Enriquez’s sedan and discovered nearly 31 pounds of meth hidden in compartments.

Just a couple of hours later, a trooper pulled over 23-year-old Carlos D. Celaya near Red Rock. During the stop, the trooper noticed suspicious activity and decided to search Celaya’s sedan. Inside the sedan, the trooper found 266 pounds of meth in total.

Dozens of bags of meth were wrapped up and stuffed in duffel bags. Another photo shows bags stuffed inside a compartment carved inside the car. Enriquez and Celaya were both booked on felony drug charges.

Yuma elementary teacher named as MVP in the classroom