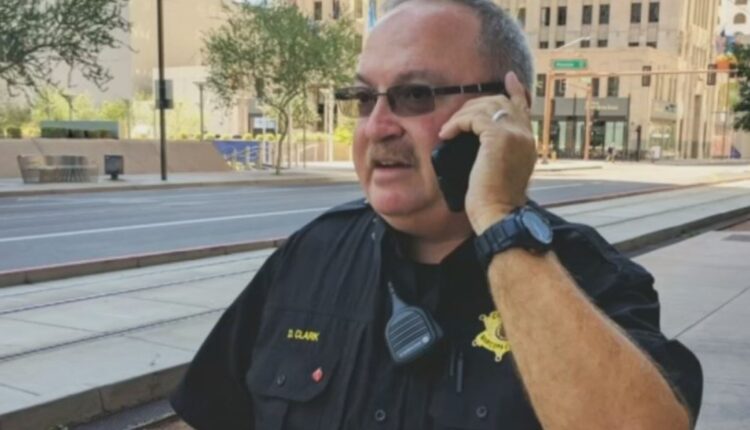 PHOENIX (3TV/CBS 5) – Doug Clark has been in the news a lot since he became a Maricopa County Constable in 2010, and that’s not always a good thing. Over the years, Clark has had numerous ethics complaints filed against him, everything from driving at excessive speeds in a county car and impersonating a peace officer to using excessive force.

This past summer, Clark was one of the constables on the scene of a shootout that ended with the death of a tenant being evicted at a Phoenix apartment complex off 46th Street and Thomas Road. The constables reportedly smashed through a sliding glass door when shots were fired.

That incident is currently under investigation by the Constable Ethics, Standards, and Training Board. So is an incident a month later, when Clark reportedly pulled a gun on a tenant during another eviction.

Arizona’s family has learned the longtime constable, who was just re-elected to another 4-year term last month in the Agua Fria district, has decided to resign starting Saturday. The ethics investigations should continue after Clark steps down.

“Just because someone leaves, doesn’t mean that is the end of an investigation of any type, be it criminal, civil or something by the board for sanctions,” said Maricopa County constable Mike Branham. “My experience has been to continue down these trails to find out what the truth is, and what already happened.”

Clark’s letter of resignation to the County Board of Supervisors states that he’s retiring because of personal medical issues. But considering the recent incidents, Clark was involved in, critics wonder if there’s more to it.

Retired Constable Dan Ryan thinks Clark is getting a bad rap. Ryan said that Clark cares about people and has always been devoted to doing his job right. “I’ve worked with him as long as he’s been a constable,” said Ryan. “I’ve had some great partners with other agencies and I would want him by my side. He’s one of those guys you call him and he’s there.”

The Maricopa County Board of Supervisors will appoint a temporary replacement for Clark in the next couple of months. Voters in Clark’s district will elect a new constable in November 2024.