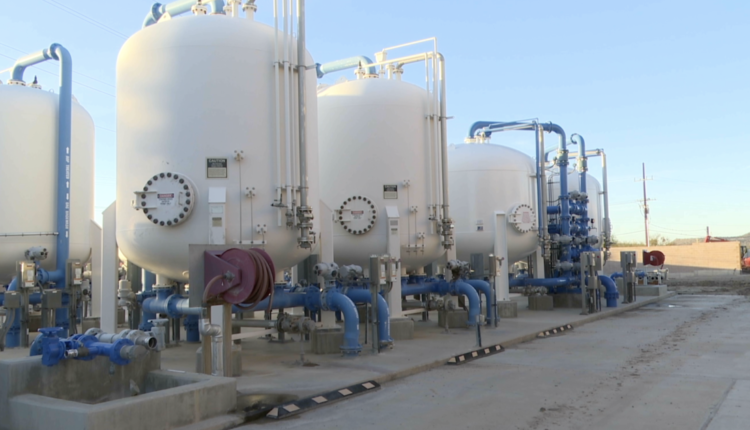 TUCSON, Ariz. (KGUN) — It’s a complex issue and one that takes many agencies to fix.

PFAS, also known as forever chemicals, was found in firefighting foam that is no longer used. That foam polluted groundwater for decades.

Meeting attendee, Patricia Carrillo, believes this pollution gave her cancer in the 1980s.

“It’s been a challenge and I am blessed that I am not as sick as other people in the community are. There’s a lot of people that are facing very difficult life challenges with the water and the fact that there is no permanent resolution.”

Tucson Water has spent more than $30 million to address PFAS locally, turning off contaminated wells and removing PFAS at this water treatment center.

“We’ve been proactive in shutting wells down where we’ve discovered PFAS in older well supplies,” said John Kmiec, the Director of Tucson Water.

This site stopped distributing drinking water last year after discovery of PFAS and is pumping the water for other sources.

“Now, we still treat for it, but we’re sending it to the Santa Cruz River treated as opposed to historically we used to treat water from this facility and send for drinking water,” said Kmiec.

Carrillo said this isn’t a quick fix and she encourages more community members to attend these meetings to learn about what these agencies are doing.

“Come and be heard. Come and listen to what the experts are saying so that we can find a peaceful resolution and good health resolution for everybody in our community and to protect future generations from getting sick,” said Carrillo.

Man dead, two others hospitalized after shooting in west Phoenix