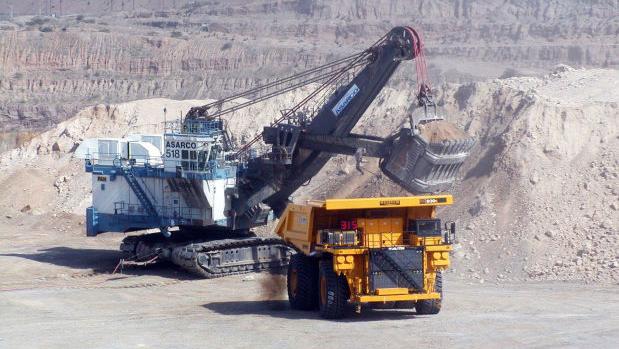 The main union representing workers at Tucson-based Asarco LLC says the company is illegally trying to withdraw recognition of the union at its Silver Bell Mine.

The United Steelworkers union has filed formal charges with the National Labor Relations Board, alleging Asarco has unlawfully and inappropriately refused to bargain while seeking to withdraw recognition of the union at the mine west of Marana.

The latest charges come as hearings on the NLRB’s fifth amended complaint against Asarco — based on charges leveled by the unions since 2015 — are set to begin in August, after being rescheduled from July 26.

In charges filed with the NLRB on June 16, the Steelworkers allege Asarco has refused to bargain in good faith by withdrawing recognition of the union at Silver Bell facility “without untainted, objective evidence that the union lacked majority support.”

The company also has unilaterally changed wages for union employees without bargaining, in some cases, “granting wage increases to some employees, while denying wage increases for others, in order to discourage membership in the union.”

Under federal labor law, employers may withdraw recognition of a labor union if they can prove the union has lost the support of a majority of workers.

In a letter informing Asarco of the new NLRB charges, United Steelworkers District 12 Director Gaylan Prescott cited a June 14 letter from the company detailing its decision to withdraw its recognition of the Steelworkers at Silver Bell.

“The union continues to enjoy majority support among bargaining unit employees,” Prescott wrote. “And, in any event, the company’s two-plus years of unremedied unfair labor practices, which are now the subject of a fifth consolidated complaint, have tainted any evidence that you may have gathered suggesting a loss of majority status.”

The latest charge comes as the unions’ main case against Asarco comes to a head with hearings before an NLRB administrative law judge planned to start Aug. 19 via videoconference, followed by in-person hearings tentatively to be held at the US Bankruptcy Court in Phoenix .

The case, originally filed in 2015, is based on charges filed by the United Steelworkers and six other labor unions representing about 1,800 members at mines and processing plants in Arizona and Texas that the company unlawfully refused to bargain, improperly made unilateral work changes and engaged in coercion and other anti-union tactics.

The NLRB filed its initial complaint against Asarco in 2015 and has since consolidated charges involving different work sites and amended its complaint to add new charges filed by the unions.

Besides the Silver Bell mine, Asarco operates the Mission Mine in Sahuarita; the Ray Mine and Hayden smelter in Central Arizona; and a refinery in Amarillo, Texas.

Asarco’s unions went on strike in October 2019, rejecting the company’s final offer and accusing the company and its Mexican parent, Grupo Mexico, of bargaining in bad faith.

In July 2020, the unions ended their strike and offered to return to work, while seeking a ruling that Asarco had engaged in unfair labor practices, which would require the company to reinstate striking workers.

The unions since have filed numerous charges against Asarco, including allegations that the company failed to reinstate some striking workers as required and made workplace changes without bargaining with the unions.

Get the latest local business news delivered FREE to your inbox weekly.