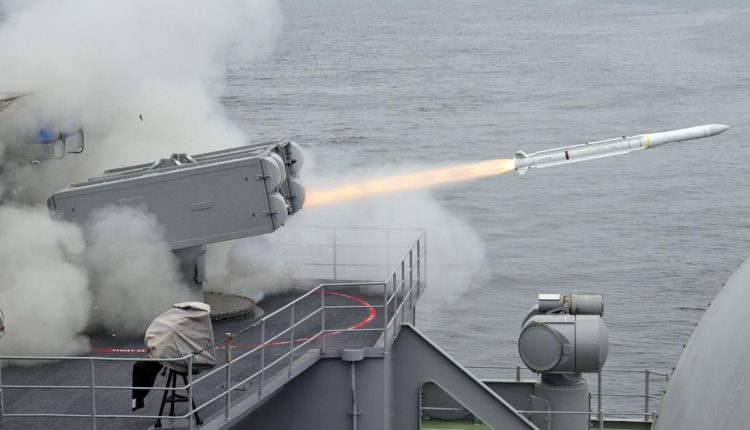 An Evolved SeaSparrow missile is launched from the aircraft carrier USS Carl Vinson during testing.


Tucson-based Raytheon Missiles & Defense has won an up to $ 1.3 billion contract to manufacture the latest version of a ship defense missile for the U.S. Navy and allied nations.

Contract options with a term until March 2027 could increase the cumulative contract value to 1,278,097,632 US dollars, the Pentagon announced in a contract announcement.

The contract includes purchases for the Navy and the governments of Canada, Australia, Greece, Germany, Norway, Turkey, Portugal, Belgium, the Netherlands and Denmark as part of a NATO SeaSparrow consortium.

The contract notice did not specify the number of missiles ordered or their allocation.

Navy budget documents show that each new ESSM block 2 has a gross unit cost of approximately $ 2.3 million for fiscal 2022, when the service plans to purchase 108 missiles.

Approximately 60% of the initial contract work is done in Tucson, where Raytheon is the largest employer in the region with approximately 13,000 employees. Other work will be distributed to various US and international locations, the Pentagon said.

Developed as an international cooperation program and in use since 2004, the 12-foot ESSM can fly at speeds of up to Mach 4 and is designed to defeat fast, highly maneuverable anti-ship missiles.

Communities are struggling after Navajo Generating Station closed down. The Corporation Commission must act now.

Letters to the Editor: January 17: Gun Violence and Murders in Tucson, Sen. Sinema…