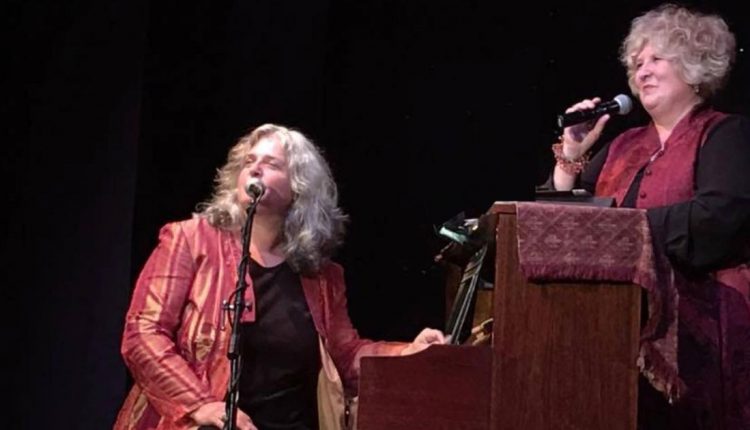 When the pandemic hit in 2020, longtime Tucson blues duo Lisa Otey and Diane Van Deurzen were at a career and personal crossroads.

All of their 2020 gigs at local venues and beyond were canceled, and they couldn’t plan for 2021; most musicians book a year in advance, and with the COVID-19 pandemic in its infancy and so much uncertainty as to how it would play out, the couple decided it was time for a change.

In April 2021, Otey and Van Deurzen quietly moved to a small lakeside town in Michigan into what had been their summer home since 2016. It was a town where they had longtime friends who had stood up for them at their wedding and had convinced them to buy the vacation home to escape Tucson’s punishing summer months.

“We didn’t want to leave Tucson, but we knew that there would be nothing in 2020 or 2021,” Van Deurzen said during a phone call last month. “With no income coming in, we had the house in Tucson and the fixer-upper here. We knew that we had to do something.”

This weekend, they are saying hello again as they embark on a monthlong Tucson residency to reacquaint themselves with their fans and friends. The couple will perform at least seven concerts between Friday, April 22, and May 22, including a show in Bisbee and a pair of reunion gigs with their Desert Divas group at Gaslight Theater and its Oro Valley sister Gaslight Music Hall.

“We are so excited to be able to see everyone again,” Van Deurzen said. “We’ve heard from some friends and some venues and they are really happy to see us perform there again. It will be so nice to go to old haunts again.”

“I think it will be really emotional,” Otey said, and Van Deurzen added that the hardest part about coming back is knowing that when they left a year ago, “we weren’t able to say goodbye.”

“We do miss Tucson. We love Tucson,” Van Deurzen said.

Over the past year, the couple has created a life for themselves in Michigan, where they are starting to generate a quiet buzz musically. They perform at small venues in neighboring towns and at the wineries and breweries in the Indiana towns bordering Michigan that host summertime concert series.

“You get to sing among all of those vineyards and it’s gorgeous,” Van Deurzen said.

The couple sold their 120-year-old Michigan fixer-upper when they realized it was too small for Otey’s baby grand piano and bought a 1950s home in the tiny town of St. Joseph’s Township, population around 10,000.

They spent their first few months there helping their friends; one of the women was dying, and Otey and Van Deurzen said they wanted to help the other woman deal with the loss. They also hosted Facebook live concerts on Tuesday afternoons to keep connected with their fans.

“It became like an online community with people from Tucson and Green Valley and all over the country,” Otey said. “We started taking song requests and having conversations in the chat window.”

As time went on, word got out in Tucson that the couple had left. Then came the hourslong phone calls back home and the flood of tears as they explained how they never wanted to leave the place they called home for 30-plus years.

But it was the right thing to do at the time.

“Emotionally it was so hard for us,” Van Deurzen added. “We would have thrown a party to say farewell or had a concert, but it was COVID, and we didn’t feel comfortable.”

When they return home this weekend, every concert the couple plays will feel like a party. But not a farewell party.

After a year of living in Michigan, Tucson blues/jazz singers Lisa Otey and Diane Van Deurzen are coming home for a series of concerts through May. The lineup: