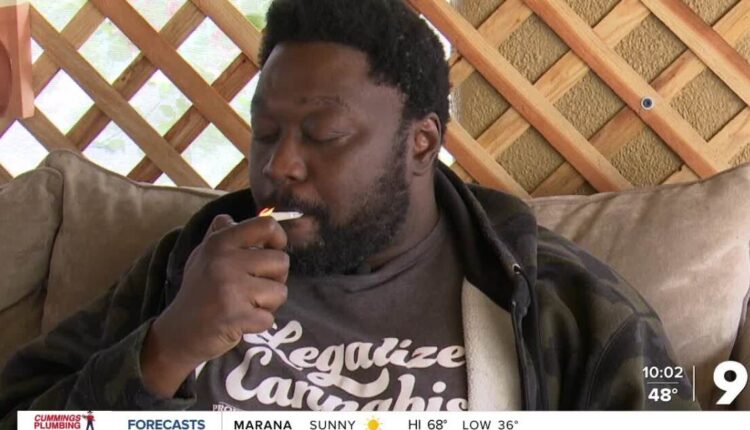 TUCSON, Ariz. (KGUN) — Kelly Davis has been smoking marijuana since she was 11 years old. She uses marijuana for to help both her physical and mental health.

She’s also been dreaming of being a part of Southern Arizona NORML since she was 11. They’re a marijuana advocacy group that fights to expand the rights of cannabis users. She is now their director and is passionate about the consumption of cannabis.

“Cannabis to me is life-changing,” Davis said.

She owns Tucson House of Cannabis, a store that sells hemp products, but not pure THC products. THC is the main psychoactive ingredient in marijuana.

She said she’s hoping to sell THC products in the near future, but has been having a challenging time.

“For the small businesses like us trying to get in, it can kill us, it can crush anyone’s dreams to go forward,” Davis said.

She said she’s against the City of Tucson putting any limits on where dispensaries can open.

“They need to think about the people and the need the community has for change and advancement in the cannabis industry,” Davis aid.

Samba Jargu also owns a business and sells CBD products. He’s hoping to sell THC products soon and said his products are in the testing phase.

He’s hoping to get his licenses with the City soon, but said there should be more licenses available and funding for businesses.

“If you don’t have major financial capitol behind you and investing, even to be able to sniff at some of these licenses, it’s not feasible,” Jargu said.

The program allows dispensaries to function if they provide a benefit to the community.

“Those recipients of social equity licenses should be donors toward a fund towards scholarships and careers like cannabis,” he said.

The City of Tucson said there aren’t any dispensaries in Tucson with a social equity license.

The City Council voted on Tuesday 6-1 to expand the areas where dispensaries can be located.

Mayor Regina Romero voted yes and said expanding the areas where dispensaries can be located is the best option for Tucson and neighbors. She said all marijuana dispensaries would go through a normal site review.

Davis, Jargu and Mazzoco said they are still going to be fighting for the future of cannabis rights in Tucson.