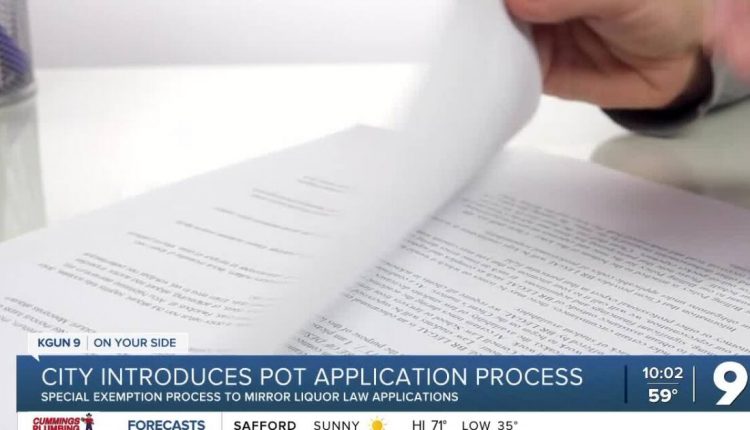 TUCSON, Ariz.(KGUN) — During Tuesday’s city council meeting, Tucson Mayor Regina Romero talked about her proposal to change to city codes to add more oversight for marijuana businesses who get licensed to sell by the state, the motion passed unanimously.

“AZDHS really did not take into account the concerns that mayor and council had in terms of social equity licenses,” Romero said.

The move comes because Romero believes the social equity ownership program that passed with prop 207 and created by the Arizona Department of Health Services is not up to par and filled with barriers for the minorities it was designed for.

The mayor also says one of the biggest issues is the excessive non-refundable $4,000 application fee, a price tag that makes the process more difficult for smaller businesses.

“The eligibility of criteria was restrictive making many who the program was reportedly intended to help were unable to apply,” Romero said.

According to the city there are no rules that prevent license holders from immediately transferring majority ownership to existing dispensaries who are willing to pay big money to get access to a new license. Especially since the license is only awarded through a lottery process. Ward 6 council member Steve Kozachik says marijuana is a cash heavy industry and should have more scrutiny.

“The only tool that we have is through our zoning codes. We can’t usurp state law and say we’re going to adopt our own licensing processes locally. We can attach conditions that are unique to each new application,” Kozachik said.

While there are limitations to what the city can do at the local level, officials say having that extra layer of questioning will help create transparency for anyone who’s trying to set up shop in Tucson. Romero added that cities like Phoenix, Tempe and Flagstaff are having similar conversations on the issue.

“A special exception process will allow us to provide feedback and other concerns. It’s a similar process that we use for liquor licenses when they come to us. It allows the public to give input and feedback,” Romero said.