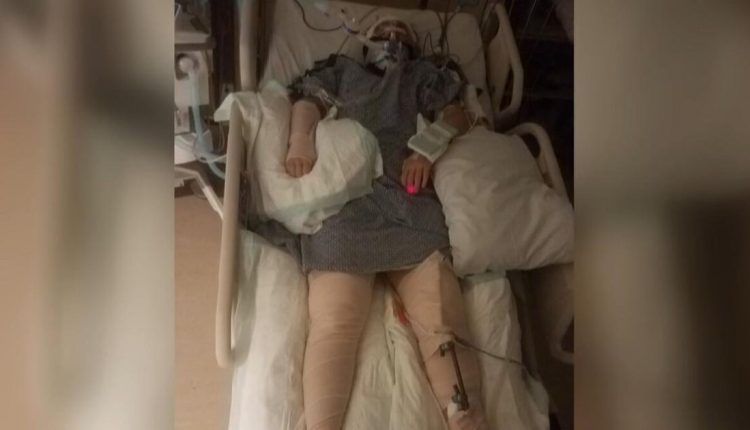 TUCSON (KVOA) — A bicyclist who nearly lost her life in May after being struck by a vehicle on Tucson’s east side is recovering.

Pam North was hit head on by a 22-year-old woman who was driving a van on Houghton and Tanque Verde roads.

North, who has been a cycling enthusiast for decades, has been sidelined for two months. She’s in a wheelchair.

“I’m in the bicycle lane and a car is coming straight at me,” North said. “I thought to myself I’m a goner.”

“I had several broken bones in my arm, broken ribs, concussion, knocked unconsciously intubated in ICU for several days,” she said.

“The doctors pulled my family aside and told them to make arrangements because I wasn’t going to make it,” North said.

North recently learned she can now go into physical therapy.

“It excites me,” she said. “I’m a go-getter. I want to get well and get better and back on my feet.”

It’s been challenging but what she’s also concerned about the medical bills that are piling up.

She hasn’t been able to work for two months.

Marc Luety is also a cyclist who can relate to all Pam is going through. He said he was struck by a distracted driver at Broadway Boulevard and Aviation Highway four years ago.

He is now an advocate for bringing awareness to help cyclists along with other people who are outdoor enthusiasts.

Luety is on the board of Look, Save, a Life. It is an organization started by Brendan Lyons, who also survived a horrific crash.

“Keep your hands on the wheel, keep your phone in your pocket,” said Luety. “Don’t let yourself get distracted for all the people around you.”

If you are interested in helping Pam North with medical expenses, visit Fundraiser for Pamela North by Andrew Christian : Coach Pam (gofundme.com).