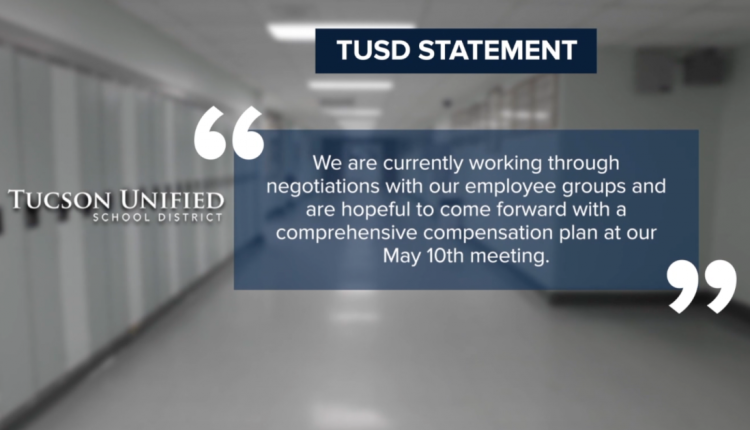 The TEA is looking to increase pay and improve working conditions for employees across the district.

“Every district really needs to prioritize their employees this coming year,” Margaret Chaney, the TEA President, said. “The best way to do that is to pay them, respect them, to protect them. I don’t know why that’s difficult.”

An issue that has recently become a bigger problem is student conduct. Chaney said that students are acting out and teachers are not getting the support they need at times.

“What teachers and staff are looking for is support when they discipline those students,” Chaney said. “They are not always seeing that.”

An issue that has recently become a bigger problem is student conduct. Chaney said that students are acting out and teachers are not getting the support they need at times.

Chaney added that a number of teachers are frustrated with the district. She said that many of the people she worked with have left.

“Some people left completely the profession, the district, the state,” Chaney said. “It’s been very frustrating.”

The district is currently budgeting for next year.

“You have to prioritize your employees,” Chaney said. “They should be the first thing you determine. We’re going to set aside so many dollars because without them we cannot open a single school and yet it feels like we are the last ones to be decided on and that is just poor planning. “

The district said in a statement to KGUN 9 that they are working through negotiations and hope to have a comprehensive compensation plan at the meeting on May 10.

TUSD has had many openings throughout the year, but are not alone as positions across the state remain vacant.

——-
Greg Bradbury is a reporter for KGUN 9. Greg is a recent graduate of Syracuse University where he studied Broadcast Journalism and Spanish. During his time at SU, he spent the majority of his time at the school’s TV station, CitrusTV. Over the course of 3 years there, he worked as a reporter, anchor, and news director. Greg joined KGUN 9 in February 2021 as a Multimedia Journalist after working at the ABC National Desk as a Digital News Associate. Share your story ideas and important issues with Greg by emailing [email protected] or by connecting on Facebook, Instagram, and Twitter.