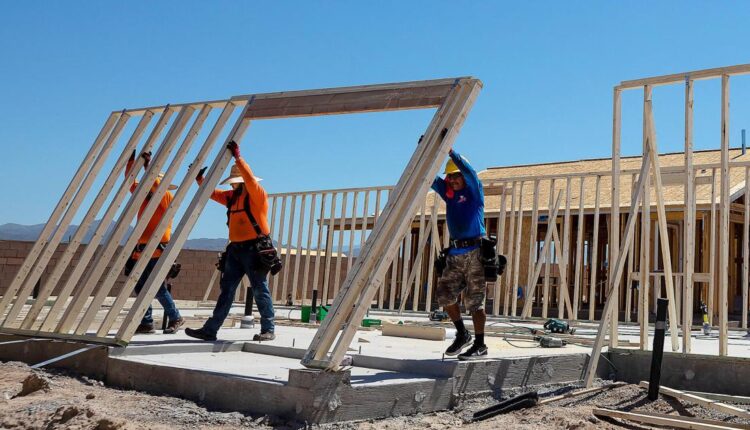 An expected mild recession is expected to slow economic growth in the Tucson region and across Arizona in early 2023, University of Arizona economists say.

But the Tucson metro area is still expected to be far better than the national economy next year, the UA’s top economist said at the latest forecast Friday by the Economic and Business Research Center in the UA’s Eller College of Management.

George Hammond, director of the research center, said the most likely forecast shows a mild downturn starting late this year and ending in mid-2023.

“That is expected to take the wind out of Tucson’s sails, generating a significant slowdown in growth next year across all major economic indicators,” Hammond said. “Even so, the metro area is forecast to outperform the national economy.”

A top bank economist who was a guest speaker at the UA forecast luncheon on Friday agreed that a mild recession lies ahead.

Gus Faucher, chief economist for PNC Bank, said despite the Federal Reserve’s effort to raise interest rates to cool off the economy and inflation that is running near a 40-year high, he sees a mild recession starting in the second quarter in 2023 and lasting until the end of the year.

After showing negative GDP growth through the first two quarters of this year, US GDP grew at an annualized rate of 2.9% in the third quarter as consumer spending remained strong. Fourth-quarter GDP numbers won’t be out until February, and GDP figures are subject to later adjustment.


“Although PNC expects an economic downturn in 2023, the recession should be mild given strong consumer balance sheets, a well-capitalized banking system and a tight labor market, which will limit layoffs,” said Faucher, who spoke for the first time at the UA outlook event at the Westin La Paloma Resort & Spa.

PNC entered the Arizona market in 2021 with its acquisition of the US operations of BVA Compass Bank.

Higher interest rates are already starting to weigh on the economy, in particular the housing market, Faucher said.

The UA’s Hammond said downside risks to his baseline forecast include uncertainty created by the war in Ukraine, supply-chain issues and high inflation.

“If the national downturn is more severe than expected under the baseline scenario, that will generate a more significant slowdown in Tucson as well,” Hammond said.

But Tucson is likely to fare better than the nation due to its relatively large share of jobs and economic activity accounted for by federal, state and local government activity, which is less affected by inflation.

In October, US inflation measured by the all-items Consumer Price Index for All Urban Consumers (CPIU) was 7.7% over the year. Prices in the Phoenix metro area rose even faster in October, up 12.1% over the year.

Phoenix is ​​the only metro area in Arizona for which the US Bureau of Labor Statistics publishes CPIU data, but it is likely that Tucson is experiencing a similar trend, Hammond said.

Here are other highlights from the UA’s latest outlook, available online at tucne.ws/uaoutlook:

He noted that according to the National Association of Home Builders-Wells Fargo Housing Opportunity Index, 40.2% of homes sold in the Tucson metro area in the third quarter were affordable to a family making the median income, down from 40.6% in the second quarter but well below the national average of 42.2% — and “miles below” pre-pandemic affordability of 71.2% in the fourth quarter of 2019.

Skyrocketing mortgage rates, plummeting housing affordability, and slowing population growth will combine to drive Tucson-area housing permit activity down from 6,284 in 2021 to 4,312 in 2024.

As of October, Tucson replaced 95.4% of the jobs lost during the first two months of the pandemic, Hammond said. Since February 2020, trade, transportation and utilities has generated by far the most jobs, followed by manufacturing and education and health services.

While tight labor markets have driven growth in wages, Hammond sees nominal personal-income growth in Tucson to slow from 7.5% in 2021 to 0.5% in 2022, as federal pandemic-related income supports ends, then rebounding to 5.1% in 2023.

The UA forecasts that growth in nominal retail sales (including online sales) will slow from 19.1% in 2021 to 9.3% in 2022, and then to 1.7% in 2023, as negative real income growth, declining stock and real estate values, and reduced consumer confidence take their great.

The business news you need

Get the latest local business news delivered FREE to your inbox weekly.