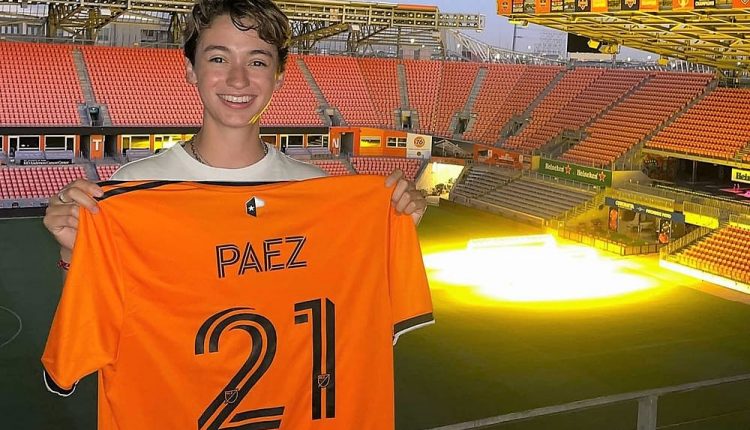 FC Tucson Women celebrated another win this week as Team Administrator Paloma Paez was hired to work for the Houston Dynamo FC MLS program. Paez is the third Tucson FC employee to make progress in his career this season, according to the club president Amanda Powers.

“Paloma always had a ‘can do’ attitude and this was part of her dream and we are excited and excited to help her on her journey,” said Powers. “We have a dynamic internship program with high school kids, Eller students, and professional staff, and we cannot think of any other sports program in Tucson that has helped take so many staff and players to the next level.”

Tucson Women FC went undefeated this year to win a Desert Conference championship, and the program received multiple honors, including being in the Front Office with another Franchise of the Year award that went hand in hand with multiple social media awards. In addition, Paez has been appointed to the All-West Region staff by the WPSL.

“I am grateful for the experience and opportunities that Tucson FC has given me, especially with its women’s team,” said Paez. “I am ready to expand and expand my knowledge at the Houston Dynamo with its Academy team!”

The work Paez did in the front office also had an impact on the pitch and that was evident in her partnership with the head coach Kelly Pierce who won her second coach of the year.

“Paloma was amazing,” added Pierce. “The reason we were so organized and successful is undoubtedly because she literally did the job of three or four people, sometimes probably more. Great multitasker, hard worker, eager to help with anything and everything. The girls loved her, our staff more than appreciated her and I love the kid … she is so kind, sincere, funny and overall a pleasure to be with her. From the players to the staff, I know we respected and valued them more than my words could ever express. I only wish her luck and love for this next chapter in her life. Houston is lucky to have it. “

Paez graduated from Nogales in 2017, where she played high school basketball.

Andy Morales was named Best High School Reporter by the AIA in 2014, received the Ray McNally Award in 2017, a 2019 AZ Education News Award winner, and has been a youth, high school and college coach for over 30 years. He was the first in Arizona to write about high school beach volleyball and high school girl wrestling. His own children have won several state high school championships and have been called to all-state teams. He competed in hockey, basketball, baseball, and athletics in high school and his unique perspective can only be found here and on AZPreps365.com. Andy is the voting member of the Ed Doherty Award in Southern Arizona, which recognizes the best football player in Arizona, and was named a Local Hero by Tucson Weekly in 2016. In 2019 Andy was named Honorary Flowing Wells Caballero and became a member of the Sunnyside Los Mezquites Cross Country Hall of Fame in 2021 and was a member of the Amphi COVID-19 Blue Ribbon Committee. Contact Andy Morales at [email protected]