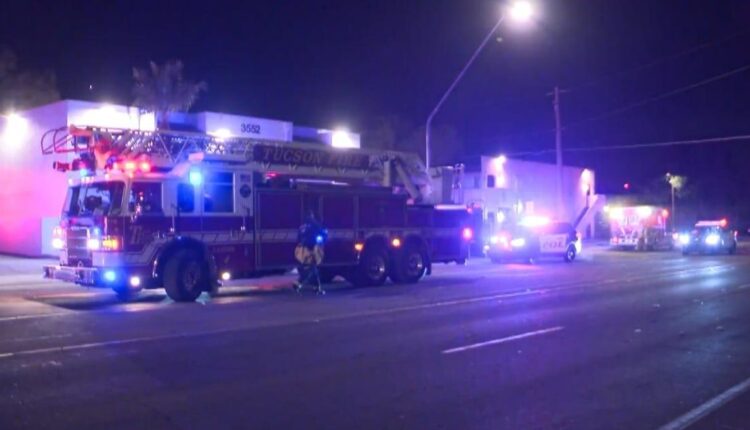 The Tucson Fire Department ran a record breaking 101,963 calls in 2022. Shelle Jackson reports on the cause.

TFD says the majority of their calls, 83%, are also EMS calls. Chief Ryan said increased call loads can impact response times. Response time at TFD can vary depending on traffic and how close a unit is to the call. But Chief Ryan said, “We are running about a minute and a half to two minutes higher, on average, than that national benchmark of five to six minutes for that ALS response.”

Ryan said Tucson Fire is close to being fully staffed. He there are 13-14 vacancies out of 645 firefighter positions and should be fully staffed after the next academy.

Last year, TFD opened Station 9, on Wilmot Road. It’s the first station built with funds from Proposition 101. It replaced an older, outdated station built in the 1970’s. It doesn’t add capacity in terms of personnel, but Chief Ryan said it’s built for future growth. That 1/2 cent sales tax sunset last June. But Prop 411 sets aside $90-million for public safety improvements over five years. City Manager, Michael Ortega said that money will help fund other needs related to fire, police and the 911 communications center. “What that does is it frees up General Fund money to address some of those other resources, so it’s basically taking the burden off the General Fund for those ongoing operational costs,” Ortega said.

Another factor contributing to the increase in calls, 911 has become a sort of default for any assistance, including non-emergencies. “There’s certainly a system demand and pressure that’s put on by non-acute calls,” Ryan said. The number of calls in 2022 that didn’t belong in the 911 system, according to Ryan, is around 2000.

Last year, Tucson launched 311 to re-route non-emergency calls from 911. The city also has a community safety health and wellness program. “So, the key is putting the right work in the right hands,” said City Manager, Michael Ortega.”Having a conversation and really dissecting what that call load looks like to ensure that when we need commissioned personnell we’re able to send them.”

Click here for more information on the Community Safety, Health and Wellness Program.