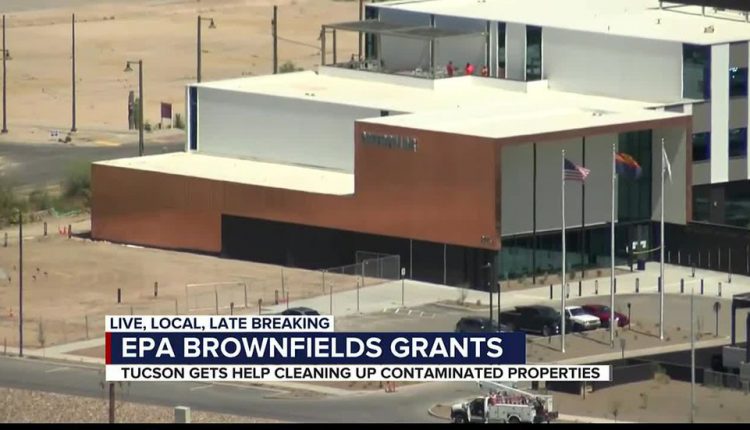 Tucson gets money from Infrastructure Plan to clean up blight

Those are areas which are contaminated and blighted but can be brought back to life through remediation.

Some areas in Tucson which have been remediated and restored in the Caterpillar headquarters on Tucson’s West side. It is a former city garbage dump which contained hazardous materials but was remediated by Rio Nuevo at a cost of $8 million.

The Cadence student housing downtown Tucson sits on the former Greyhound bus depot which was contaminated by fuel and other pollutants.

“Many times there are big tracts of land where we can build affordable homes, that we can build parks in, the we can build small areas of small business,” said Tucson Mayor Regina Romero. “To be able to put those pieces of land to work.”

The $1 million is the largest award the city has been given by the EPA to clean brownfields but it comes because the city has shown it can use the money well.

“There’s just endless amounts of ways to be creative and that’s why we give money to local governments,” said EPA regional administrator Martha Guzman. “They know what the community needs and they know where the investments are needed.”

The money in Tucson will be directed to “Thrive in the 05″ an area near Oracle and Grant which has high economic potential but has been neglected and in need of clean up.

Other areas include La Doce, an area along 12th Avenue on the South side. Barrio Centro and the historic barrios near downtown are also included.

These are areas which show great potential as downtown Tucson continues to develop and expand outside the downtown corridor.

The announcement also includes a half million dollars for Cochise County.

“Especially in the urban core and rural communities that have been neglected and need this revitalization infrastructure investment to being back the local economy and communities,” Guzman said.